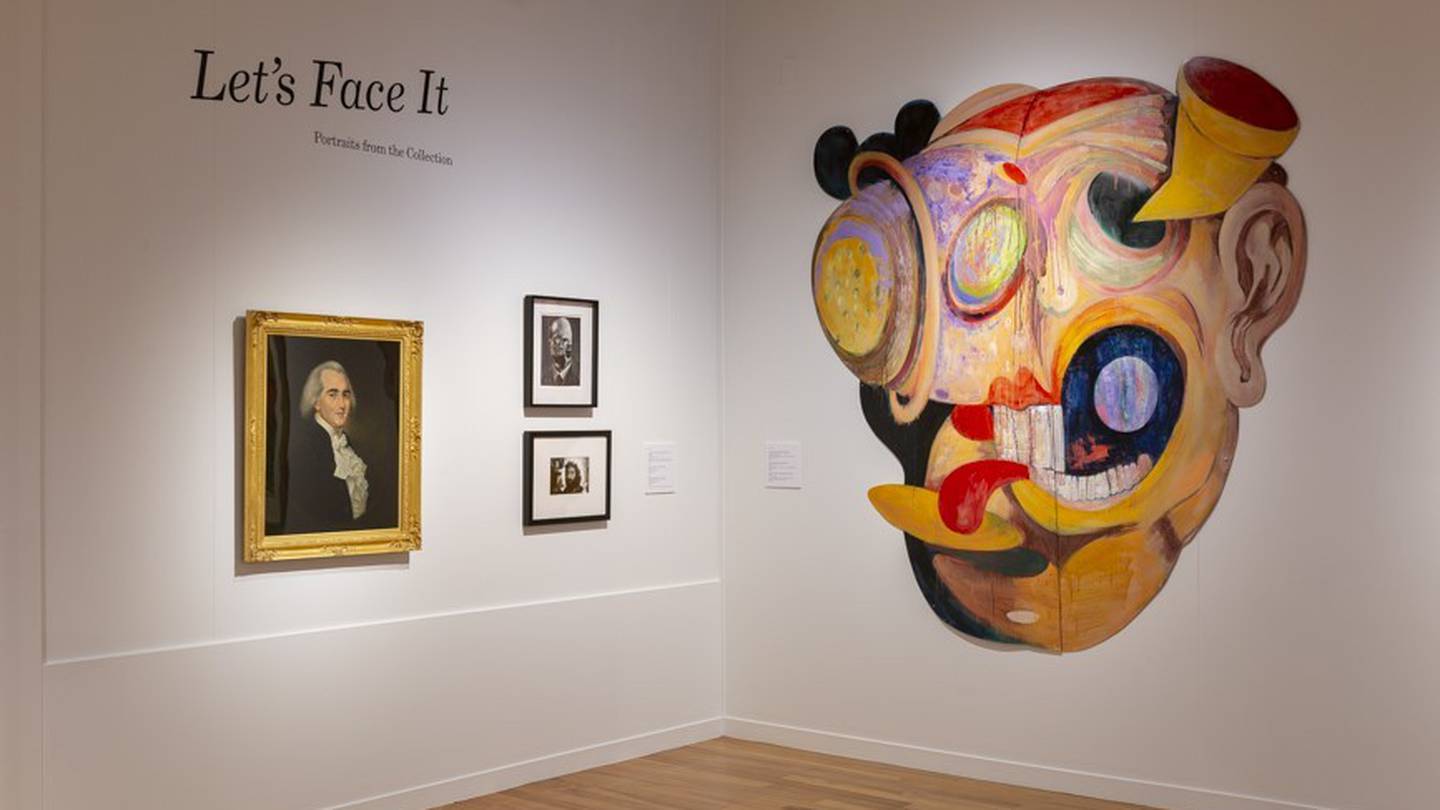 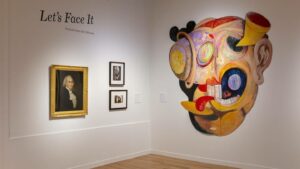 Diverse representations of the human head feature in two exhibitions currently showing at the Sarjeant Gallery on Taupo Quay.

“Let’s Face It,” a selection of portraits held in the gallery’s permanent collection, sits alongside Julia Morison’s Head [case] which might be a bit un-nerving and challenging for some visitors, says Greg Donson, who co-curated the show with Jennifer Taylor-Moore.

“We hope that ‘Let’s Face It’ provides our visitors with a range of works that show the different approaches that can be taken to portraiture,” Donson said.

“It was also a great chance to delve into our collection. We’re a bit spoilt for choice from traditional portraits through to contemporary photography, including some recent additions to the collection.”

Among the portraits is Pablo Picasso’s “Woman with the blue straw hat” is a blue, red and yellow print of a stylised woman’s head. The print is on loan from local resident and art enthusiast, Koria Davidson and this was her first art purchase.

“I was interested in investing in some artworks after speaking with Spencer Williams of Collins & Kent International,” Davidson said.

“Before deciding to purchase, I phoned Christie’s in Sydney to seek assurance I was dealing with a reputable firm. Their report was favourable, so I went ahead. I had recently been watching some YouTube videos on linocuts. [The Picasso print] was an impulsive choice.”

Donson said the possibly un-nerving nature of “Head [case]” influenced somewhat the tone of the works they selected for “Let’s Face It.” For example Llew Summers large sculptural work ‘Paranoia’ was deliberately placed so that its eyes follow visitors around the gallery.

And artist Philip Clairmont, who committed suicide at 34, is represented both in a black and white photograph by Brian Staff, and by one of his paintings described in the collection online as a “multi-coloured painted portrait of a head form with visible teeth and a beak-like shape protruding from the proper right side of the face with multiple eyes painted on the beak”.

The Sarjeant’s collection is very broad, with 800-plus works loosely categorised as portraits.

Taylor Moore says she always likes to spark conversations over time between works in exhibitions.

“It’s about us quietly making the works talk to each other and for the visitors to hopefully make their own connections and narratives.”

She has many favourites in this particular show.

“Richard Killeen’s portrait of a man reading a newspaper always looks fresh, and more recent additions like Conor Clarke’s ‘Veil of the Soul’ and Gavin Hurley’s ‘Boy with Henry Sarjeant’s moustache’ resonate because both artists participated in the Gallery’s residency programme and these two works were both made as a result of their residencies.”

Portraits impart a lot about the qualities of the subject/s, their status, personality and taste.

They also convey information about the artists who make the portraits – their interests, artistic style and personality.

“Let’s Face It” features a diverse range of portraits in different media – paintings, photography and sculpture – suggesting connections between the works and linking subjects and styles through time.

This article by Helen Frances first appeared in the Whanganui Chronicle and NZ Herald online on August 5, 2021.