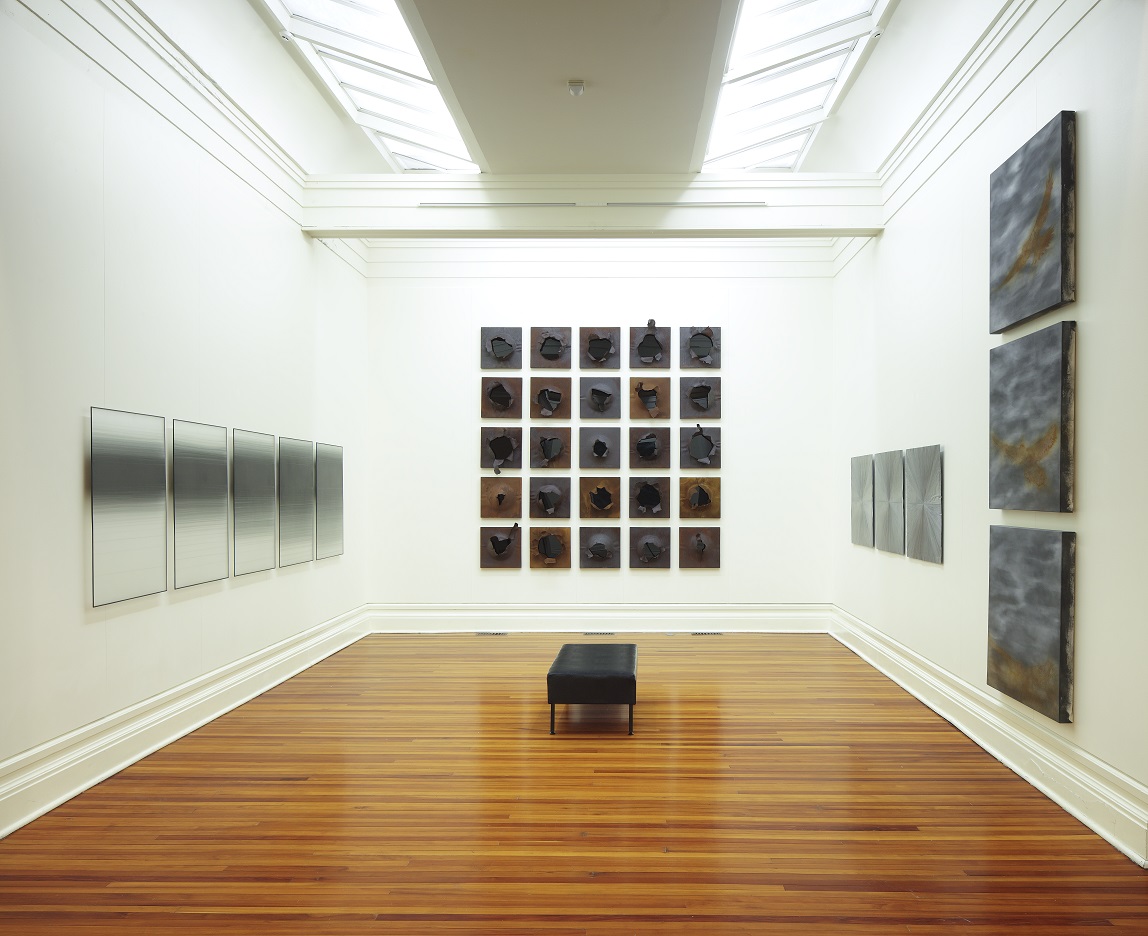 The Long Black Veil is the result of a year’s worth of hard work by Australian artists Charles Butcher and Cobi Cockburn who have been artists-in-residence at Tylee Cottage since August, 2011 and resident in Wanganui since February, 2011. One of the expectations of the residency programme is that the resident artist/s engage with this place and this community. Some residents stay for three months, enough time for them to dip their toes in the river, so to speak, others like Charles and Cobi jump right in for full immersion. The pair have saturated themselves in this place, their work and their thoughts.

Although relatively unknown to New Zealand audiences, over the last few years the pair have scooped some major awards in Australia. Most recently Charles was selected as a finalist in the 2011 Blake Prize, Australia’s oldest award for spiritually based artworks. Cobi was selected as a finalist in the 2010 Wynne Prize, for Australian landscape painting which is held in conjunction with the Archibald Prize at the Art Gallery of New South Wales. In June, 2011 her entire solo exhibition Esse, being in the abstract was purchased by the Art Gallery of Western Australia.

This exhibition is their first in a New Zealand public gallery and the first where they have shown together. Prior to and on arrival they studied New Zealand history and both were struck by how present that history was in the physical and cultural landscape. For both artists the residency has allowed them to experiment with media, Cobi moving away from working exclusively in glass, and creating work using sheet lead. Charles, who was particularly interested in the tumultuous history of the musket wars, creating large scale work utilising exploded steel for which he engaged the services of an explosives expert and Linton Quarry.

Cobi’s work Elsewhere, comprised of five glass panels, was the last work to be made for this exhibition. On the surface it’s a formal and abstract study in black and white that speaks of presence and absence, but spend more time with it and it literally takes your breath away. The work is a response to the Whanganui River and like many artists who have preceded her at Tylee Cottage, the river was a powerful source of inspiration. Like Anne Noble whose beautiful 1981 series of black and white photographs captured the river on film, Cobi makes a similarly atmospheric response. She captures the river, its darkness and deepness as well as its light and she takes us there with her. Although this work directly references the river, it’s also a conversation with the interior world of memory, spirit and pulse.

Charles’ haunting works Trafficking Heads (the H.G Robley collection) and Trembling on black hills – from Mere to Musket both explore the devastating effects for Māori of the introduction of the musket in the first half of the nineteenth century. Initially the musket provided a valuable tool for hunting food, but as contact with pakeha increased, muskets were acquired in greater numbers and soon played a major role in inter-tribal warfare. Charles uses exploded steel and captures this violent chapter with un-nerving poignancy. Although born of the violent act of explosion, each of twenty five components captures a single shot in slow motion, and un-nervingly on approaching this work we are literally reflected in their glossy black interiors.

For both Cobi and Charles, their time in Wanganui has been a period of intense contemplation and productivity, they have temporarily anchored themselves and their family in a new place, elsewhere has become somewhere.