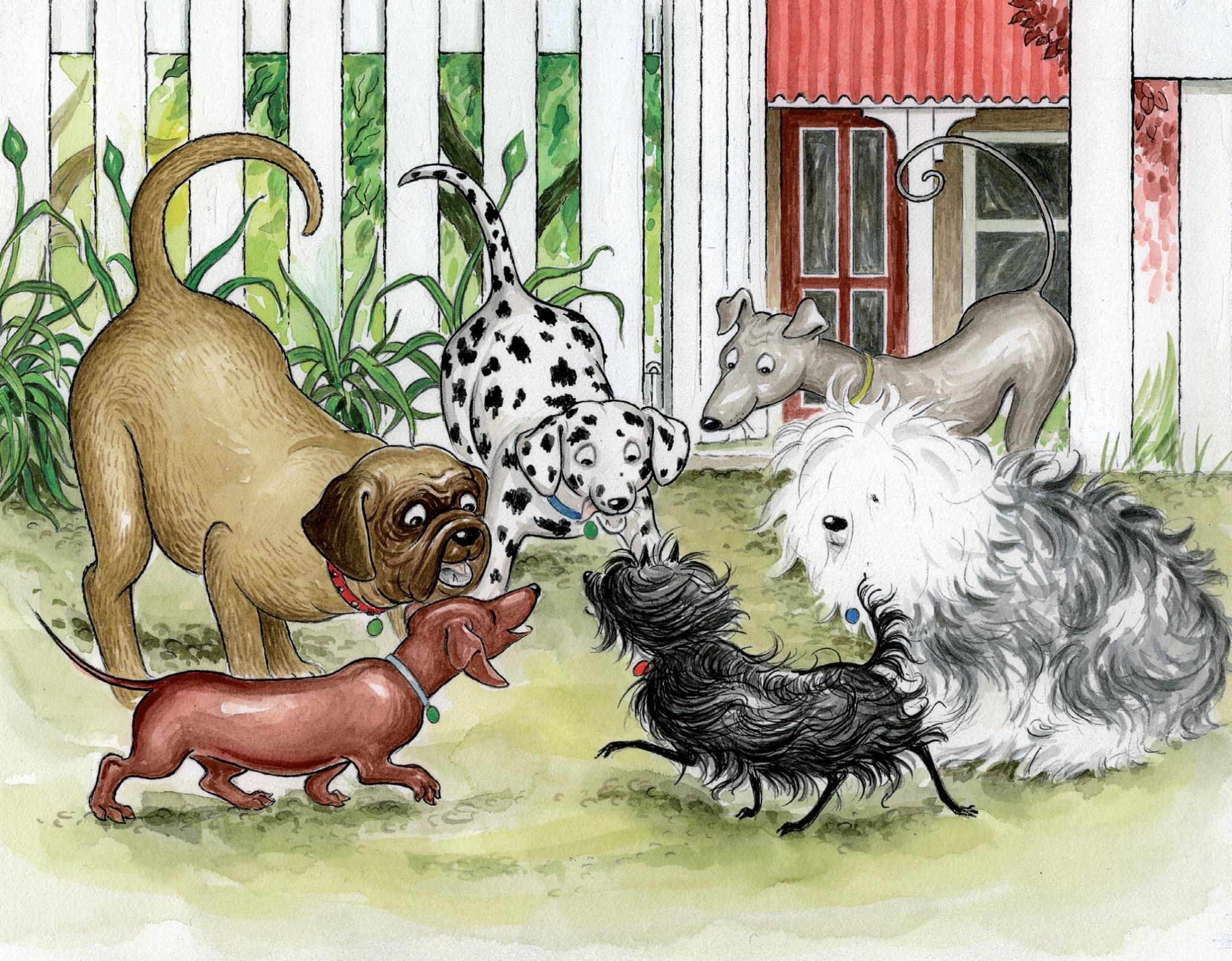 This exhibition is a celebration of works by Dame Lynley Dodd throughout her prolific career as author and illustrator of children’s books. Dodd’s bouncy rhyme and lively illustrations make her stories much-loved by readers of all ages.

Tauranga-based Dodd began her career in children’s books in 1973 when she collaborated with Eve Sutton to illustrate My Cat Likes to Hide in Boxes. She followed on with several of her own books, The Nickle Nackle Tree and Titimus Trim. Then in 1983, Dodd produced the first of the series of books on the infamous Hairy Maclary, which would warm the hearts of thousands of children worldwide and for which she has achieved international renown.

Since then, much of Dodd’s work has revolved around the cheeky black pup and his sidekicks. Many of her books, including those featuring Hairy Maclary and Slinki Malinki, have been shortlisted for the Children’s Picture Book of the Year Award, which Dodd won outright in 1984, 1986, 1988, and 1992.

This exhibition contains original drawings for these books, which have never before been shown to the public, and it is also an opportunity to display the workings of how picture books are made and characters created.

This exhibition has been developed by Tauranga Art Gallery and toured by Exhibition Services Tours.