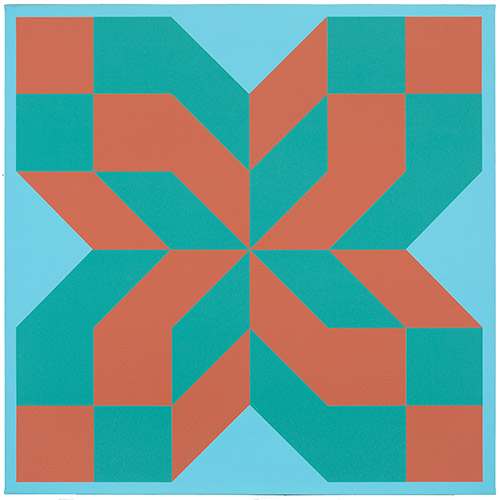 Over the last year, the Sarjeant has been the fortunate recipient of a significant gift of major works by Mervyn Williams, from the artist and his family. The artist’s relationship with the Sarjeant first began when he was included in the exhibition Seven Painters /The Eighties that was curated and toured nationally under the Directorship of Bill Milbank. In 1986 Milbank established an artist-in-residence programme based in historic Tylee Cottage and in 1988, Williams became the third artist to hold the year-long residency.

His year in Whanganui was timely as he was beginning to feel increasingly out of sync with critics and the art buying public in Auckland. Williams cites his time here as being a significant turning point in his career. He comments ”All my preconceptions about what I might do here … were completely tipped upside down when I discovered what it was like to get out of an urban area and actually work in a very open space:’ Sourcing driftwood from the mouth of the Whanganui River and Castlecliff Beach, Williams created a series of wooden constructions that were a radical shift from his paintings, but still possessed the same formalist concerns.

Although these wooden works dominated his time here, he also began to develop a distinctive new style of painting that was completely his own and that was to set the tone for his career to the present day. This exhibition does not include the wooden works that entered the Gallery’s collection at the time but features nine wonderful paintings spanning that part of his long career from 1976 through to the most recent work of 2017. Williams has always been a maverick in New Zealand art history and from the beginning of his career in the 1960s he made a commitment to creating abstract work, which at the time was received with slight consternation from the art establishment and bewilderment from a wider public.

Williams was encouraged in the arts from an early age. When he returned to Auckland in 1951 from the Bay of Plenty where he spent his childhood years, he learned to sing and play the violin, both of which he continued through to adulthood where music plays a key role in his life.

At school Williams was taught by the well-known British painter Robert Nettleton Field who recognised the young artist’s talent and kept a watchful eye on him after his father passed away in 1954. Because of this, Williams had to leave school to find employment to support his family. His first post was to work for Crown Lynn and in 1956 he began to work for Ted Dutch, a painter, printmaker and designer who had moved to New Zealand from London in 1951. Over a five year period Williams worked for Dutch at his graphic design and screen printing business and, while learning valuable skills, Williams was also supported by Dutch to attend critique sessions at the Elam School of Fine Arts, Auckland University. While there Williams first met fellow artists Gretchen Albrecht, Don Binney and Graham Percy, all of whom would go on to establish successful careers.

From the outset Williams felt that he had no contribution to make to figurative painting. What captured him was abstraction and specifically optical art that was being created internationally by the likes of big names like British artist Bridget Riley. Williams wanted to make optical art in a New Zealand context and he believed that optical illusions could give viewers access to abstraction in a more captivating way. He was interested in the way that optical art could be seen in the same way as music and the optical works featured here certainly pulse, swell, vibrate and oscillate. This exhibition is bookended by optical works and in between are works that explore colour, surface and depth. All are testament to Williams’ extraordinary capacity to master his chosen medium.

We are enormously grateful to the artist and his family who have made this generous gift to the Gallery’s collection, as it strengthens and complements the works that have already entered the Sarjeant. We are delighted that the Gallery has had such a longstanding relationship with Williams and that this selection of works is indicative of his extraordinary output that continues with gusto.