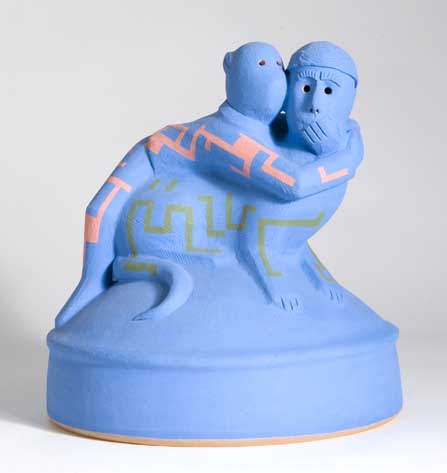 Tauranga-based artist John Roy was artist-in-residence at Tylee Cottage from February – April, 2011. A graduate of the Wanganui Regional Polytechnic, 1997, Roy is primarily known for his work in ceramics, this exhibition features a suite of pen and ink drawings that he created during his time in Wanganui in 2011. Inspired by the pigeons that gather on the outside of the gallery’s dome, Roy has created his own flock of colourful ceramic pigeons that roost on the high ledges of the dome’s interior. For the exhibition Roy has created four large scale works that occupy the niches in the dome, these figurative works were inspired by the form of the Durie Hill Tower which also appears in the drawings. This exhibition has been made possible with the generous support of Creative NZ.