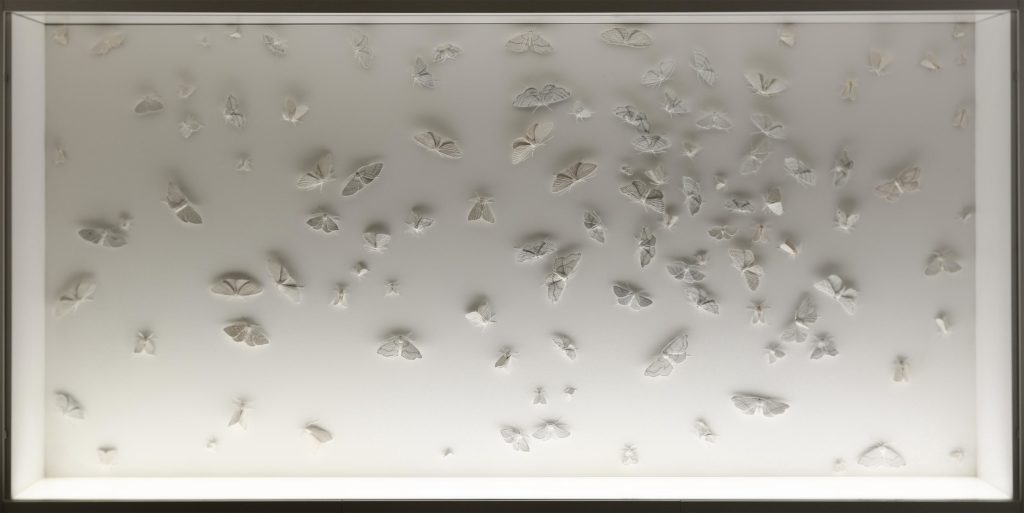 Creature is one of those wonderful words in the English language that conjures up many associations – human, animal and mythical. This exhibition brings together a group of artists whose work can be categorised by an engagement with the word ‘creature’ in some way. For Gregor Kregar, John Roy, Nichola Shanley and Kate Fitzharris, their work traverses the terrain of the imagination, human psyche and folklore. They do this via cast glass gnomes; huddled, scored and perforated figures; complex mountainous ceramic constructions and tiny gesturing figures, with faces concealed. For all there’s an element of masquerade, looking like something else, close to human but not quite, with the meaning of these works buried in metaphor and association.

In doing so they remind us that as humans, our capacity to morph our form into something else via imagination and folklore makes us just as complex as other species with whom we share the world. Genus, like Elizabeth Thomson’s beautiful and varied ghost-like moths, are each modelled on real specimens. In contrast, jeweller Jane Dodd and ceramicists John Lawrence, Katherine Smyth and Angela Tier depict animals in their work to weave their narratives. Animals become story-telling totems with moral tales, as well commentaries on contemporary environmental politics.