Waiting for the Tide – Herbert Babbage 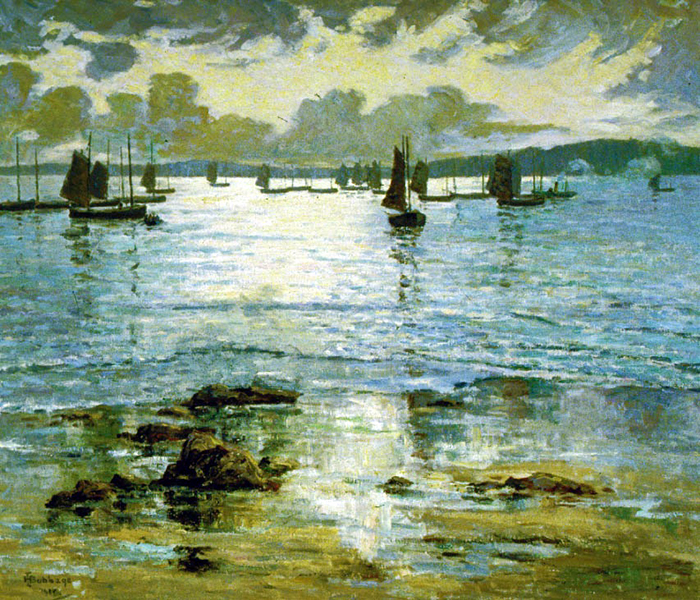 To acknowledge the centenary of Babbage’s death on 14 October 1916, this exhibition includes a small selection of paintings from the collection depicting scenes from Normandy, Paris, and St Ives in Cornwall.

Herbert Ivan Babbage (b.1875) was a Whanganui artist who worked as an expatriate in the early 1900s in Europe. Babbage was born in 1875 at Sarnia, South Australia and moved with his family to New Zealand to live in Whanganui when he was about 5 years old.  In 1902 he sailed to Europe to study art and explore Europe, 3 years later establishing a more permanent base at St Ives in Cornwall amongst the ‘plein air’ artist colony.  It was here, influenced by the Impressionist movement in Paris at the time, that he began to fully develop his own style.

Babbage returned to his Whanganui home in 1909 and over the next 18 months exhibited throughout New Zealand to high acclaim before returning to St Ives in 1911.  During World War I Babbage enlisted as a Private in the 4th Duke of Cornwall Light Infantry for home defence duties and was based at railway facilities in Wales guarding the coal being transported from the mines nearby.  Conditions were poor and after a short illness and operation he died on 14 October 1916 and was buried in the Cardiff Cemetery.  He is remembered on a plaque at the St Ives Arts Club and also on the town cenotaph.

Babbage achieved a degree of success in his lifetime as two of his paintings were exhibited at the Royal Academy in London: Bateaux des Pommes in 1908 (which is on display in this exhibition) and The Viaduct in 1916 (just before he became ill).  One cannot help but wonder what his career would have been had it not been cut so short at the age of 41.

This exhibition of works from the Sarjeant Gallery collection acknowledges the centenary of Babbage’s death and showcases his interest in seascapes with works of Normandy, Paris, and St Ives in Cornwall.   Read more here.