Edith Collier: ahead of her time / 30 Jun – 25 Nov
22905
portfolio_page-template-default,single,single-portfolio_page,postid-22905,bridge-core-3.0.2,qodef-qi--no-touch,qi-addons-for-elementor-1.5.4,qode-page-transition-enabled,ajax_fade,page_not_loaded,,vertical_menu_enabled,side_area_uncovered_from_content,qode-child-theme-ver-1.0.0,qode-theme-ver-28.8,qode-theme-bridge,disabled_footer_top,qode_header_in_grid,wpb-js-composer js-comp-ver-6.9.0,vc_responsive,elementor-default,elementor-kit-27794 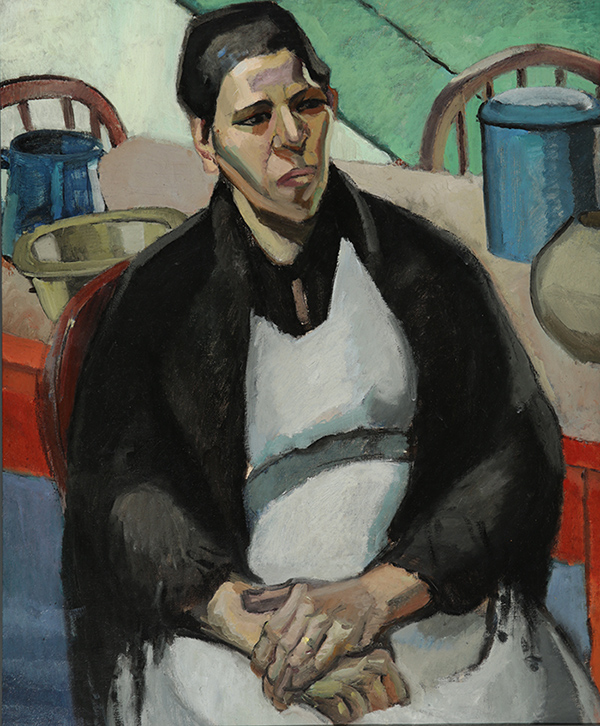 Edith Collier: Ahead of Her Time

These portraits of women by Whanganui artist Edith Collier (1885 – 1964) are selected from the Sarjeant Gallery and Edith Collier Trust collections. Included are examples of work from her most prolific artistic periods: her time spent in London, Ireland and Cornwall, as well as Kawhia in New Zealand. The works clearly demonstrate her awareness of early 20th century European art and the development of her own unique Modernist aesthetic. Edith is increasingly being identified as one of New Zealand’s early Modernist women painters.

Edith Marion Collier was born in 1885 into a wealthy Whanganui family and demonstrated an early talent for drawing and painting. In 1913 her parents supported her to further her art studies at St Johns Wood Art School in London. During her studies she travelled to Bonmahon in Ireland and St Ives in Cornwall with fellow expatriate artists Margaret MacPherson (Australia) and Frances Hodgkins (New Zealand). As well as painting local subjects she provided practical assistance to those in need. With her mother’s help she supplied clothing parcels to Irish orphans and secured domestic jobs in New Zealand for impoverished British girls.

By the time she returned to New Zealand in 1921 Edith was producing work with Modernist and Post-Impressionist features such as compression of the picture plane, simplification of detail, and a bold fluid use of colour. However New Zealand in the 1920s and 30s was extremely conservative and the art community preferred to uplift the British academic tradition as examples of fine art. When she exhibited in New Zealand her work was generally met with incomprehension and hostile reviews. This had a significant impact on the continued development of her artistic career and was a very different scenario from the European context where she had thrived artistically.

As an unmarried woman with a large extended family there was considerable pressure and expectation placed upon where Edith’s energy and responsibilities should be directed. Accordingly Edith assisted with the care of many nieces and nephews as well as her parents. This impacted on the time she was able to spend painting and, apart from a brief period at Kawhia, her efforts were increasingly directed away from art.

Edith Collier’s story is one of perseverance and determination to pursue her artistic dream combined with her care and willingness to look after others. A century later she is still fondly remembered by those who knew her, both her family in New Zealand, and the communities she lived among overseas.