Where is Wisdom to be Found? | Sarjeant Gallery Whanganui
16031
portfolio_page-template-default,single,single-portfolio_page,postid-16031,bridge-core-1.0.4,ajax_fade,page_not_loaded,,vertical_menu_enabled,side_area_uncovered_from_content,qode-child-theme-ver-1.0.0,qode-theme-ver-18.0.6,qode-theme-bridge,disabled_footer_top,qode_header_in_grid,wpb-js-composer js-comp-ver-6.6.0,vc_responsive

Where is Wisdom to be Found? 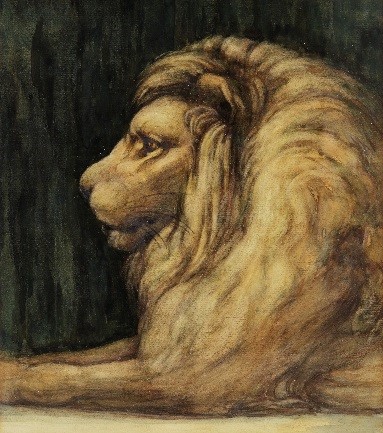 Where is Wisdom to be Found?

As a result of the Transition Project, which began in April 2014, the entire collection of the Sarjeant Gallery Te Whare o Rehua Whanganui has been inventoried and relocated from Pukenamu Queen’s Park to Taupō Quay in order to allow for earthquake strengthening and redevelopment of the heritage building. It was as a member of the team responsible for carrying out this task that I came across the works of Vivian and Mary Smith and was instantly captured by the stories that began to unfold around them as I got to spend more time with their work.

Containing over eight hundred and fifty items, the Smith Family collection consists of a diverse selection of paintings, drawings, prints and sculptures produced by Vivian and Mary, alongside an archive of photographs, notebooks, newspaper clippings, and personal documents. This is complemented by a collection of over sixty books on art and art education that previously belonged to the couple. While a small number of these items were purchased, the majority of the collection was generously gifted to the Gallery by the couple’s daughter Lilian in 1983. The scale and diversity of this collection makes it a rare and valuable resource, enabling us to build a far richer picture of these two artists and their respective careers than would have been possible from a small selection of their work.

Although the collection has been in the Gallery’s care for over thirty years, many of the wonderful drawings, prints and watercolours that it contains have never been seen by the public. It is this part of the collection that I have chosen to focus on for this exhibition. The works included exemplify the skills of these two artists, both of whom received a thorough art school training and who in turn shared their knowledge and interest in observing the often overlooked aspects of life. The title of the show is taken from a beautiful (but now fragile) watercolour by Mary Smith, which visually grapples with the dynamic between students and teachers, a theme that resonates strongly with the central role that education played in both of the artist’s lives.