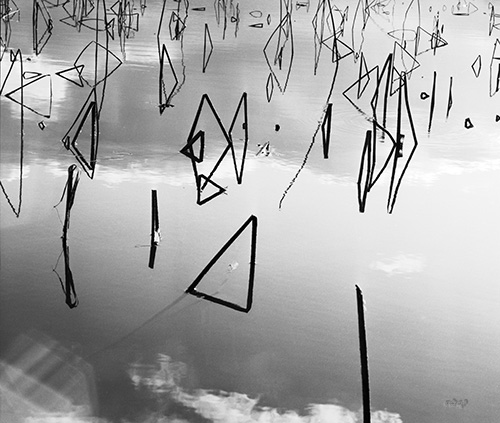 When Paul Knight arrived in Japan on a UNESCO grant in 1960 he quickly purchased two Asahi Pentax cameras and multiple lenses and set about taking photographs.  The landscape, with its soft light, hazy skies, sharp seasonal changes, new shapes, textures and subtle shades of colour were of great inspiration to him. Knight was particularly captured by bamboo, maple, various land and water grasses and the blending of natural and man-made elements in the environment. The people and lifestyles of Japan were in stark contrast to 1960s life in New Zealand and Knight was interested in capturing the realities of small town Japan.

The photographs in this exhibition were taken, as the title tells us, in two small places on opposite coasts of Japan. The first is Wajima, part of the Noto Peninsular on the coast of the Japan Sea. The area is protected from the harshest coastal weather and is known for its picturesque and mountainous coastline. The second is the small fishing village of Seto Hinase on the coast of the Inland Sea. The three Bizen Yaki pots in this exhibition were the catalyst for Knight’s discovery of Seto Hinase. He was on the coastal train on his way to Bizen district to visit the pottery when he looked out of the window and saw the village. Through his window he saw fishermen hard at work and bustling markets, he immediately knew that he had to photograph this place.