The Imaginative Life and Times of Graham Percy 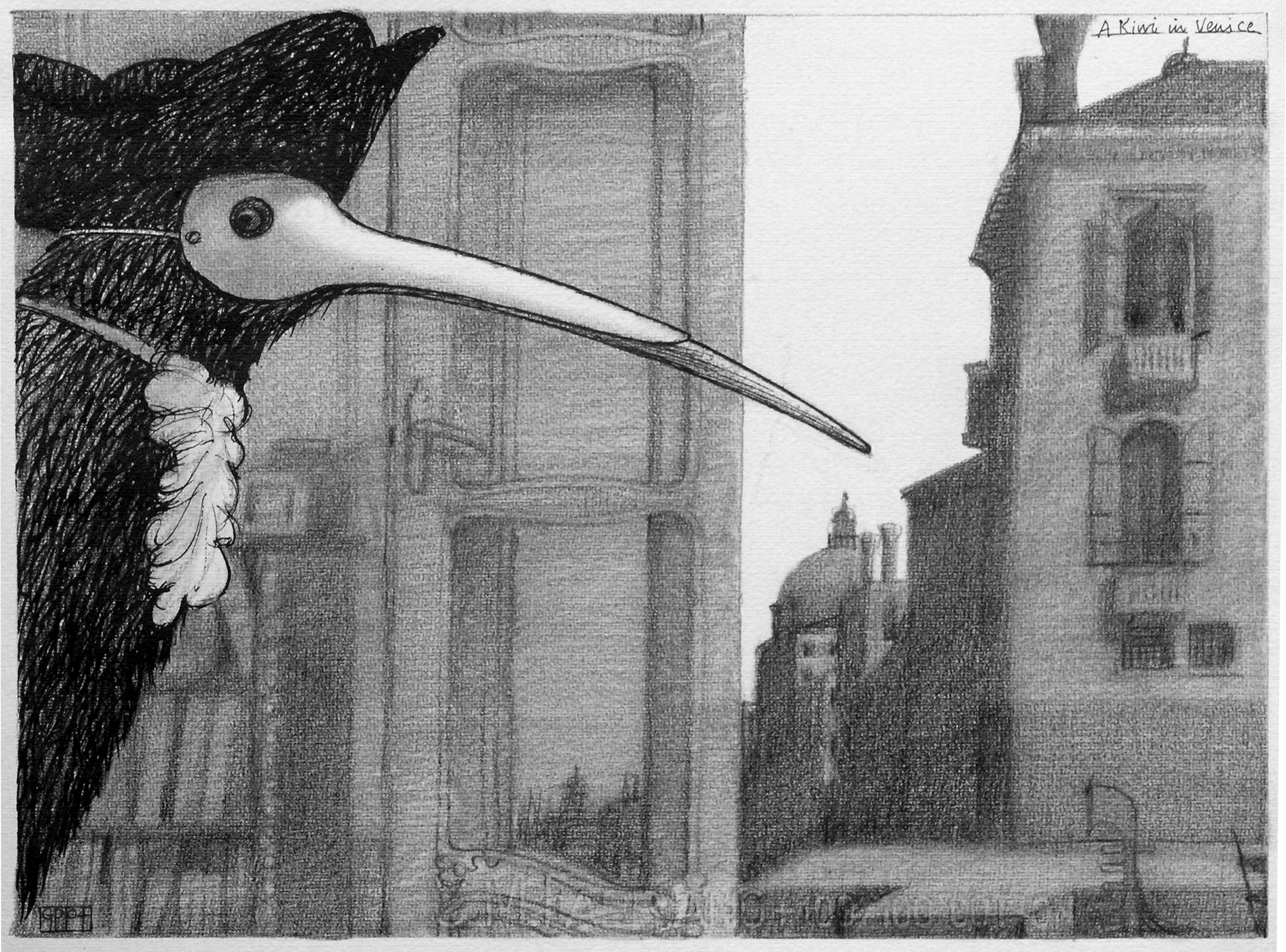 Graham Percy – A Kiwi in Venice, 2004 (used with the permission of the Estate of Graham Percy)

The Imaginative Life and Times of Graham Percy

The Imaginative Life and Times of Graham Percy rediscovers the life and work of one of New Zealand’s most talented and original artists.

Born in Stratford in 1938, Graham Percy studied at Elam School of Fine Arts before embarking on a career as an illustrator/designer/artist and producing pivotal works for the New Zealand School Journal as well as designing book covers and award-winning Crown Lynn crockery. Percy left New Zealand in the mid-1960s and became a hugely respected artist/illustrator/typographer overseas, while at the same time producing a remarkable body of his own independent art.  Percy illustrated over 100 children’s books, including Gerald Durrell’s Fantastic Flying Journey, and editions of Wind in the Willows, Aesop’s Fables and Arabian Nights. As well as undertaking illustrations and art design for film and television projects such as Hugo the Hippo (1973).

During the last decade of his life Percy put commissioned work behind him and focused on his own drawings, in many of these late images he returns to his childhood, not only imagining himself as a child, but also engaging imaginatively with objects around his home, including toy train-sets, tin motorcyclists, dolls and a myriad of other objects. Percy also spent a lot of time thinking about what it meant to be an artist – particularly a New Zealand artist, a Kiwi, working abroad. He lived and worked in London until his death in 2008.

We are very pleased that Mari Mahr, Graham’s widow, has gifted five of his works to the Sarjeant Gallery four of which are represented in the exhibition. These are a splendid and valuable addition to our collection, and we would like to thank Mari for her generosity.