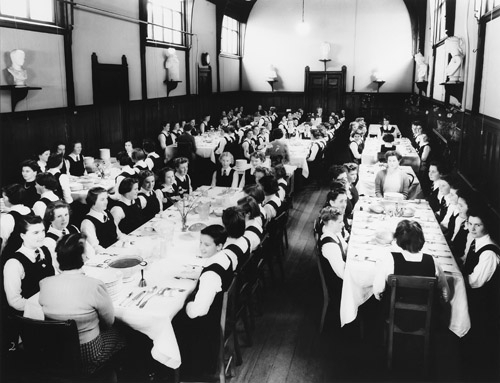 Mark Lampe opened the doors of the Tesla Studios in 1908 in Wanganui and ran a prosperous photography business until his retirement in 1955. The name Tesla Studios is still well-known throughout New Zealand and the name of Lampe (pronounced Lampey) is associated with its success and longevity.

This exhibition, developed by the Whanganui Regional Museum and curated by Libby Sharpe was first shown in 1999 (originally titled Lampe Light: Whanganui in the 1930s -1950s – Photographs from the camera of Mark Lampe) and provided the first opportunity for people to appreciate Mark Lampe’s significant contribution to photography. Eleven years on, the Whanganui Regional Museum have generously allowed us to borrow the works selected for that exhibition for another viewing here at the Sarjeant. We intend this to be the first in a series of exhibitions that will look at the work of photographers who have made a significant contribution to capturing Wanganui’s important social and architectural history.

The photographs in the exhibition concentrate on the years of the early 1930s until 1955 and represent just a tip of the iceberg, as they were chosen from approximately 80,000 mainly cellulose acetate negatives, owned by Leigh Mitchell-Anyon Photographer Ltd. We would like to thank the Whanganui Regional Museum for making these wonderful images of Wanganui available to a new audience at the Sarjeant Gallery. Particular thanks must be extended to curator Libby Sharpe and Leigh Mitchell-Anyon Photographer Ltd, who generously provided access to this wonderful collection and produced the high quality prints from the original negatives for the exhibition in 1999.