Susan Frykberg – It shows really, a rather beautiful spirit 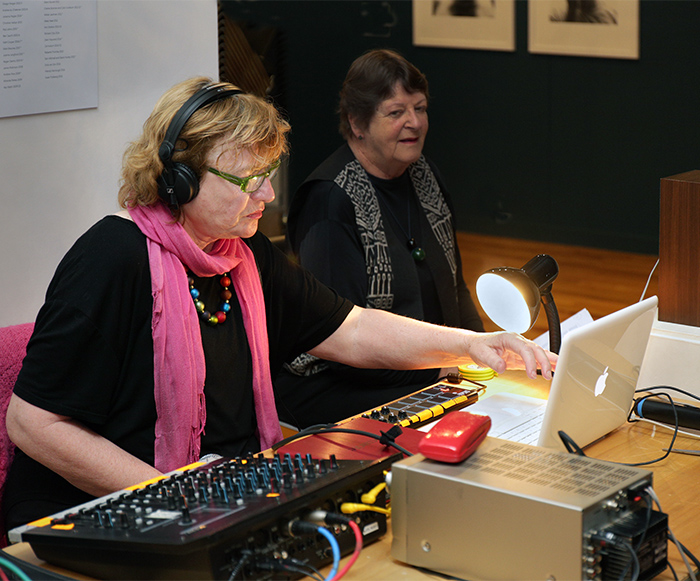 Susan Frykberg – It shows really, a rather beautiful spirit

Recent artist-in-residence at Tylee Cottage, sound artist and composer, Susan Frykberg responds to the life and works of artist Edith Collier. The exhibition features artworks by Collier in the context of an immersive sound and filmscape created by Frykberg in collaboration with video artist, Brit Bunkley.

In the 2007 documentary on the life of artist Edith Collier A Light Among Shadows, Kawhia resident Moya Shaw spoke of Edith Collier’s sensitivity in reproducing the emotions of the subjects and locations she painted, “It shows really, a rather beautiful spirit…that she was able to capture such a variety of things.” Her words lent the title to this project by Susan Frykberg, who was artist-in-resident at Tylee Cottage 24 September – 14 February, 2017.

Collier’s work displays layers of nuance and feeling that hint at the artist and woman she was, yet from an historical perspective, she was something of an enigma when it comes to her own interior world. We don’t have her diary or writings to draw from, other than family correspondence, so the legacy of her paintings and drawings are an insight into her life.

Susan Frykberg was drawn to the balance between Collier’s artistic and domestic lives; and her position as an artist in a predominantly male art world. For Collier this meant forging a path as a modern painter in the early twentieth century, on the frontier of the women’s rights movement; for Frykberg it was working in the sonic arts, beginning in the 1970s when women in the field were still scarce. In very different eras, both artists also faced the challenge of returning to work in New Zealand after time spent overseas.

In conversation with Collier’s body of work, Frykberg has orchestrated an installation that is full of hidden clues; spanning time and media. Collaborating with video artist Brit Bunkley, Frykberg assembles a visual environment by layering Collier’s paintings, to compliment her richly woven soundscape. Her composition is informed by the sounds of her time at Tylee Cottage: rhythmic birdsong, wind and rustling cabbage trees. Frykberg also imagines the sounds Collier herself may have experienced in the early twentieth century, when Western music was undergoing dramatic changes led by composers such as Igor Stravinsky and Arnold Schonberg.

This exhibition has three interconnected elements: Frykberg’s soundscape, the digital projections of Collier’s work, and the latter’s actual paintings and drawings. The layering of visual and aural elements leave us questioning what is beneath the surface, inviting us to meditate on the unseen worlds these two artists inhabit in their work.