Speakers for the Sarjeant
21932
portfolio_page-template-default,single,single-portfolio_page,postid-21932,bridge-core-3.0.2,qodef-qi--no-touch,qi-addons-for-elementor-1.5.4,qode-page-transition-enabled,ajax_fade,page_not_loaded,,vertical_menu_enabled,side_area_uncovered_from_content,qode-child-theme-ver-1.0.0,qode-theme-ver-28.8,qode-theme-bridge,disabled_footer_top,qode_header_in_grid,wpb-js-composer js-comp-ver-6.9.0,vc_responsive,elementor-default,elementor-kit-27794

Speakers for the Sarjeant 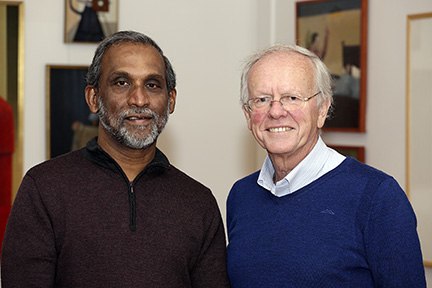 “Speakers for the Sarjeant” is a new initiative that promises to stimulate and inform Whanganui audiences. The brainchild of Doug Davidson and Raewyne Johnson, the Sarjeant’s Communications & Events Officer, “Speakers for the Sarjeant” kicks off with a fascinating account of a Whanganui anaesthetist’s time spent volunteering in Mosul, Iraq. Dr Siva Namasivayam worked for a month during the height of fighting to take Mosul back from Isis. He helped in the treatment of children, women and men who had sustained traumatic injuries from bombs, shrapnel and burns.

The human stories – the people, the culture and lives of those he worked with so closely will shine through the account of this devastating time. The talk and PowerPoint presentation will take about one hour including time for questions.

“He has an amazing story to tell; it’s not just about Mosul although that’s what he’ll be mainly talking about but he’s been a number of times in places like Nigeria, Yemen and Syria, volunteering for Médecins Sans Frontières (Doctors without Borders) ” Mr Davidson said.

The idea for the series began to germinate when Mr Davidson was involved in publicity for a talk given earlier in the year by Marilyn Garson, a Jewish woman who had worked in Gaza for four years. The talk Ms Garson gave in Whanganui was very well attended.

“I thought, wouldn’t it be great if we could get speakers who are overseas based and who have done something interesting.”

He approached Ms Johnson who thought it was a great idea. She has organized the series to take place in the same time slot as “Musicians at the Sarjeant”, Sundays at 4.30pm.

The Sarjeant is an obvious choice to be involved in running a programme that he hopes will become as popular as “Musicians at the Sarjeant”.

“The Sarjeant has a good base of staff, volunteers and supporters but it is also go-ahead; things are happening at there. Musicians at the Sarjeant has been going for four years and is very successful so I hope Speakers for the Sarjeant will take off in the same way.”

He thinks people in the Whanganui community will be a great resource with a wide range of experiences to draw on and the list of potential speakers is shaping up nicely.

The five-dollar charge will cover costs and also contribute to the Gallery’s Redevelopment Project fundraising.