Nature in the Everyday – Conor Clarke 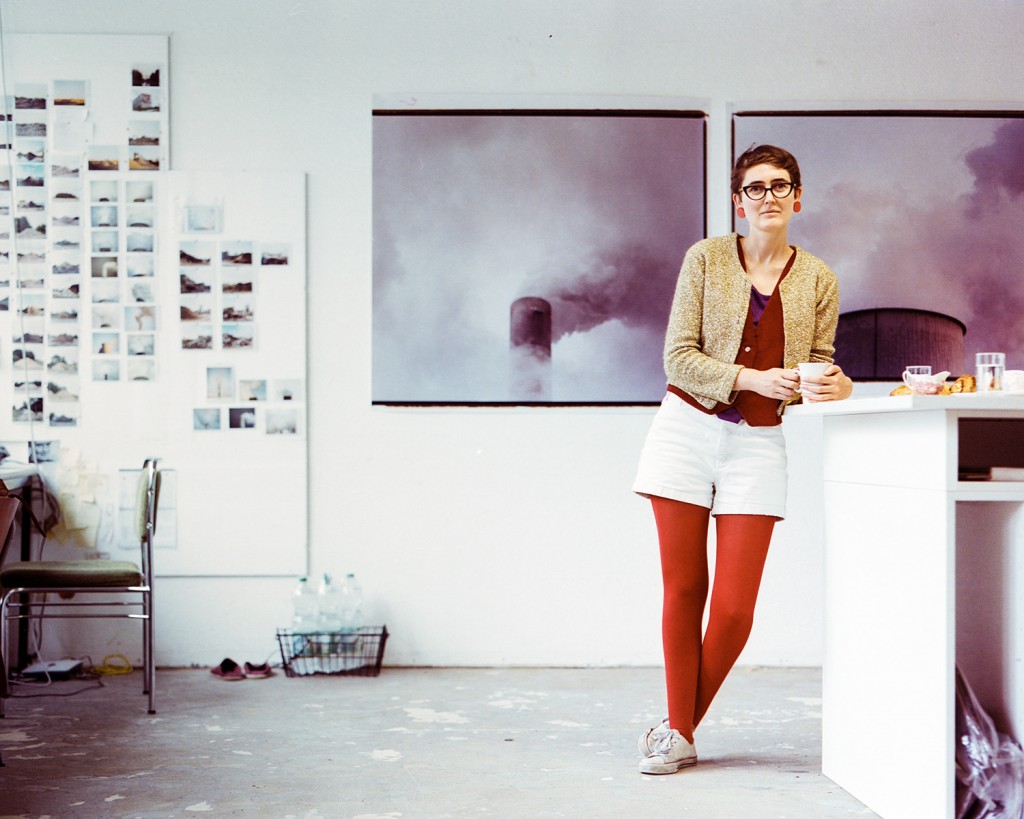 Conor Clarke in her Berlin studio

Whanganui is a very watery city notes Tylee Cottage resident artist, Conor Clarke. The Berlin based, New Zealand photographer’s proposal for the residency arose out of the idea of urban groundwater being a mirror onto which people projected their expectations, hopes and concerns. She had also spent a week at Jerusalem (Hiruhārama) earlier in the year where she had valuable time to think and to begin to photograph the Whanganui River.

“I like the reflective quality of the water and the words we use to describe it. It’s always about our experience,” Ms Clarke said.

She will give an illustrated talk about her creative practice and her plan for this project at Sarjeant on the Quay Tuesday 26 September at 7.30pm.

Since her arrival in Whanganui a few weeks ago Ms Clarke has encountered many different kinds of water around the city. Urban nature and fresh water are major foci for her photography, and now the sounds of nature are proving an additional stimulus.

“It’s so lush, water is such a big part of our lives and it has been raining more or less ever since I arrived. As I’ve been walking around in the rain I’ve been listening to the sounds of water and thinking I’ll make some sound recordings as an experiment. I create pictures in my mind so I want to use the sounds as a base to create images from. When you walk around and hear things I think you hear them very differently from when they are played back.”

The work Ms Clarke began at Hiruhārama was a major impetus for her Tylee Cottage application. The five month long residency would give her the time and space in which to experiment, to read and research.

“There’s so much history here and I feel you have to be very respectful when dealing with this river. [Hiruhārama] is a very tranquil place; you feel like you have time to gather your thoughts. You don’t feel pressured, and that you have all the time in the world.”

Ms Clarke has lived eight and half years in Germany and returns to New Zealand every year. Her interest in water and rivers, and what they mean for people, began in Berlin, another watery city. She said the foundations of building sites in Berlin become pools of water that have to be pumped out and made watertight.

She is interested in the comparisons people have made between the waterways of the two countries.

“In the early steamship days the Whanganui River was described as the Rhine of New Zealand. People must have said, “Oh I’ve been on the Rhine and it’s so romantic, New Zealand must be like that. It’s nothing like the Rhine, I don’t think, but I think they were trying to convey the potential of the experience and the panorama from the steamship.”

Ms Clarke uses 10-shot film for a medium format camera and looks down into the lens. She said she loves waiting to see the photographs and sometimes mistakes can lead in another direction.

“I like working slowly and the time you wait before seeing the photo gives you time to reflect. Then it’s a surprise when you see the result. You forget how it was when you saw it and can see it in a completely different way.”

And why has she chosen urban nature and water as subjects?

“It’s common stuff you see every day. I think people tend to romanticize these special places, like national parks for example. But it’s actually around us all the time. Maybe my photographs will help people to appreciate and respect it more – nature in the everyday.”