Riddle: Enigmatic Works from the Collection 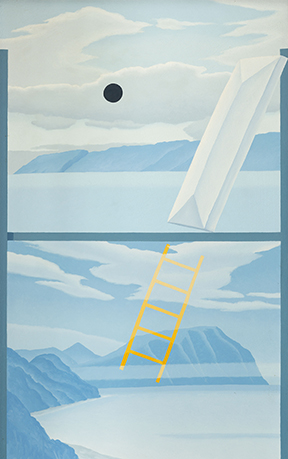 Enigmatic Works from the Collection

The Sarjeant Gallery collection has, for nearly a century, been enriched by many generous gifts from both artists and patrons. This makes for a unique and varied collection that spans different media and subject matter. This exhibition brings together a selection of recent acquisitions and highlights works that are intriguing and elusive in their use of materials, technique or theme. As its starting point is a major work by Mervyn Williams, Crucible (Bronze) 1993 that is part of a generous gift from the artist of a number of key paintings that span his illustrious career. The Sarjeant has only recently received this work so we are delighted to be able to feature it in this exhibition and are extremely grateful to Mervyn for his generosity and ongoing support. 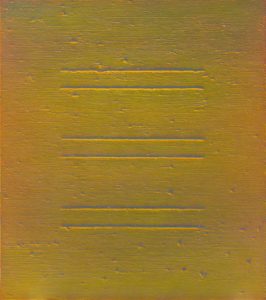 Companion to Crucible is Williams’ painting Six Blue Bars from 1987, created the year before his Tylee Cottage residency, which the Gallery subsequently purchased. At the time the purchase was somewhat controversial with the Midweek newspaper calling for opinions, and one citizen by the name of Shirley writing a comment which uncannily references the curatorial approach for this exhibition “Six Blue Bars! I’m seeing stars! My thoughts are unprintable. A visual conundrum? My dictionary defines ‘conundrum’ as a riddle turning on some odd or fanciful resemblance between things quite unlike; any puzzling question.” Readers were largely basing their opinions on a poor quality black & white photograph which certainly didn’t reveal the work’s extraordinary surface utilising Williams’ chiaroscuro painting technique which gives the illusion of three dimensionality. We’re not quite sure if Shirley would approve of this exhibition.

Don Peebles’ was an artist who, throughout his career, pushed the boundaries of what a painting could be. Relief Construction 1964 was produced after the artist had spent a formative two years studying art in London. Influenced heavily by the artist Victor Pasmore, who was one of England’s leading post-war abstract artists. Pasmore advocated for artists to be pushing from the two dimensional world of paint into three dimensions. Peebles’ restrained construction does just that, and curator Peter Vangioni in an article to accompany the Christchurch Art Gallery’s 2017 exhibition of Peebles’ Relief Constructions states“…what I find so appealing about Peebles’ relief constructions is the profound sense of order and calm they provide amongst the chaos of nature and life. I like the quietness of these works, the way they step out off the wall…”1.

Colin McCahon’s Gate 16 1961, is from a series which emerged from the artist’s earlier landscape paintings. Here, there is a radical departure with no recognisable horizon, just floating origami-like constructions emerging from the dark. Each of the works in this exhibition act as sign posts to another realm – surface, negative and positive space, imagination, infinity and history.