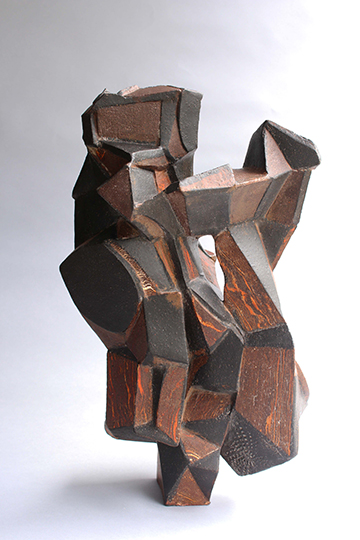 UPSTAIRS AT THE i-SITE, 31 TAUPŌ QUAY

Brutalist architecture, Russian constructivism, broken ceramics scavenged from the river Thames and the everyday realities of suburban life have all influenced this new body of work by ceramic artist Richard Stratton.

Over his twenty year career, Stratton has become known for creating intricate domestic ware by juxtaposing historical ceramic techniques with decorations that reference pop culture. In Living History Stratton extend these ideas, as the result of his 2015 residency at “Guldagergaard International Ceramic Research Centre” in Denmark. This inspired him to move away from figurative representation into enigmatic, abstracted forms.

Stratton’s work is unusual in that instead of stemming from Asian ceramic traditions—as many other studio potters’ practices do—it develops out of European industrial production. For Living History, he created over 200 variants of redware and black basalt stoneware clay by 18th century potters William Greatbatch and Josiah Wedgwood. In reproducing clays from the European industrial revolution, Stratton acknowledges that objects such as bricks, chimneys and even toilets are just as important to our heritage as our nationally treasured Crown Lynn. He reflects:

Internationally, ceramics has played a key role to unlocking human history, helping us to date our growth via fragments of clay. New Zealand’s industrial ceramic history was based upon techniques reflected in sherds (pieces) I found while mudlarking on the Thames. These sherds are examples of processes our ceramic predecessors were influenced by and became the backbone of early New Zealand pottery.

The works in Living History were built gradually and painstakingly by hand, each taking about one month to complete. Consequentially, Stratton’s works absorb his concerns and responsibilities as an artist and stay-at-home father. One of his most abstracted works, Girl from the Mailbox, is based on a clothing model from a Farmers catalogue: part of a commercial world that affects Stratton’s practice just as much as the historical techniques he researches. These ‘realities’ drew Stratton to modernist movements such as constructivism and brutalism on his residency, which are both reactions to the industrial age. Each calls for artists and architects to understand the limitations and possibilities of the materials they work with, so that their final output is stripped down to its most essential elements.

Connecting all these components together, Stratton draws links between past and present and the hidden influences that permeate contemporary New Zealand society.

This exhibition is toured by the Dowse Art Museum and supported by Creative New Zealand. 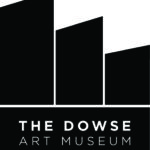