Out of Obscurity – Richard Young 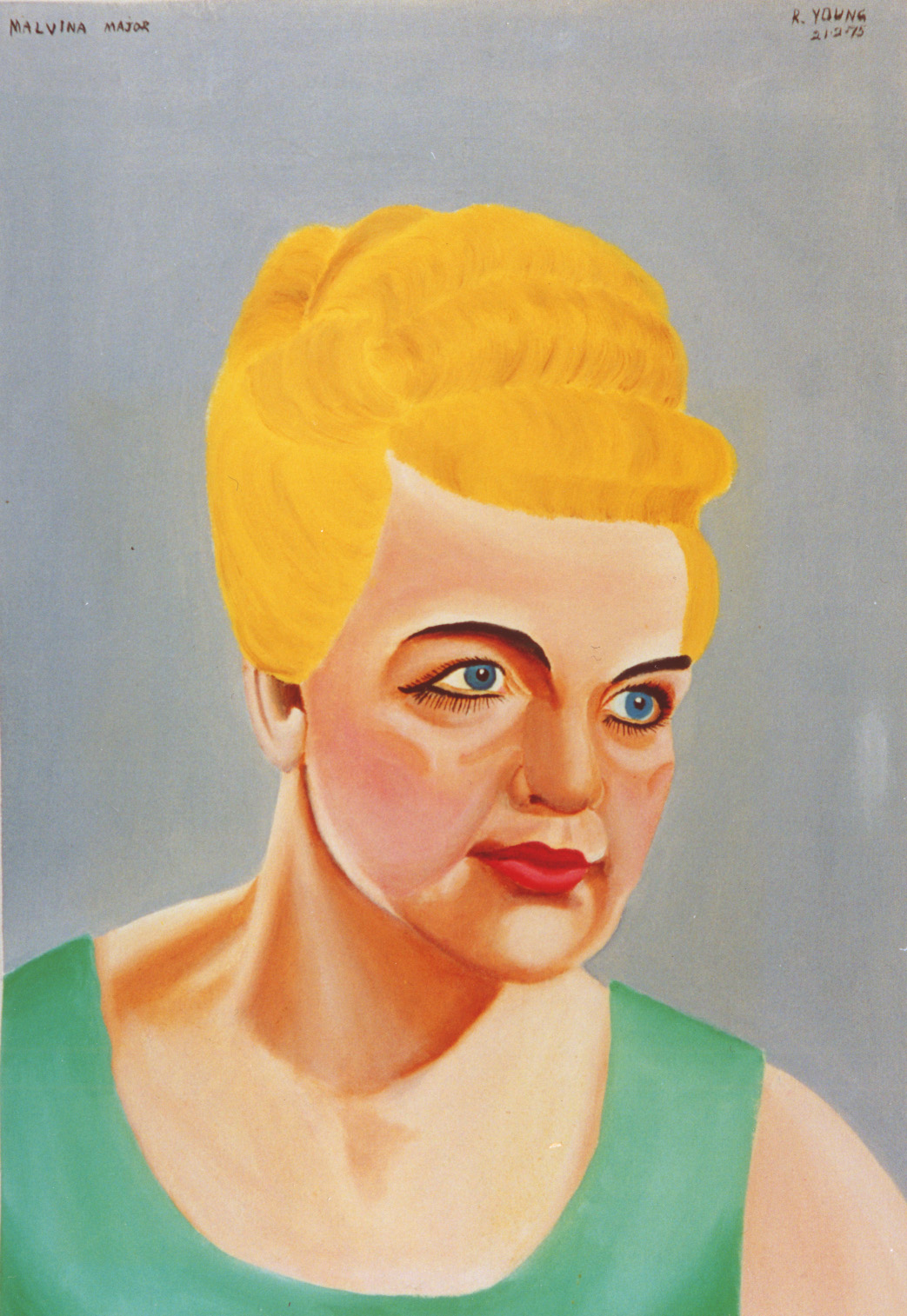 Shy and retiring Foxton artist, Richard Young’s naïve style portrait works were unknown to the art world until Bill Milbank delivered them to the Sarjeant Gallery in a suitcase 25 years ago. Paul Rayner showed six of the 90 paintings in an exhibition “The Outsiders” he curated in 1999, but subsequently they slipped out of sight. The paintings re-surfaced during the transition of artworks from the Sarjeant Gallery Te Whare o Rehua at Queens Park to  38 Taupo Quay and four portraits – James K. Baxter, Edith Sitwell, Mr Young’s wife, Catherine and one of the artist aged 85, are on show in the current exhibition REVEALED – Collection discoveries from our recent move. 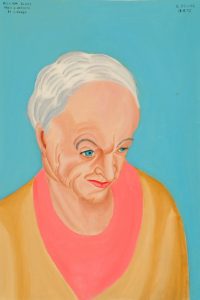 The road from Foxton to the Sarjeant’s collection was, however, far from straightforward. Following the artist’s death in 1979 his solicitor wrote to Mr Milbank, then Director of the Sarjeant, asking if he knew of a Jeffrey Gallery in Whanganui to which the artist had bequeathed his paintings.  When research by Mr Milbank drew a blank the solicitor concluded that his client had probably meant the Sarjeant, although there was no record of Mr Young’s connection with the Gallery. The matter went into abeyance until 1987 when Mr Milbank received an urgent request to collect the paintings as the solicitor was retiring.

“I rushed down to Foxton on a Friday afternoon. Everything was being stripped out of the building so I had to take the suitcase away. It contained quite a volume of eccentric intellectual material and close on 90 portraits. There were two or three on stretchers and the majority were loose; a number were rolled up and unfinished. They were found in the caravan where he’d been living at Foxton beach following the death of his wife.”

A lengthy process ensued until the Sarjeant Gallery was able to take legal possession of the paintings. “Because of the uncertainty over the terms of the Will they remained undocumented until the collection relocation, says Curator of Collections, Jennifer Taylor Moore.  “We documented them all, did the research and found out that the lawyers had decided he’d intended them to be with us.”

The experts agree that the artist was probably self-taught and working in isolation. “They belong to the folk art tradition with the naïve approach,” Mrs. Taylor Moore says. “We do have other folk or naïve works in the collection. They have a child like quality and are not highly refined. It’s quite accessible to people.”

Mr Milbank says the self-portraits are very good and many of the other portraits of famous people are extremely competent and a good likeness. “It was an exciting thing. It nudged our collection towards making an early step towards naïve art.”

Paul Rayner, Sarjeant Gallery curator and Public Programmes Manager 1998 to 2006 also enjoyed the portraits, which he says were more refined than the looser primitive styles of painting within “The Outsiders” exhibition. “They were brightly coloured and they weren’t slavish copies from photographs. You can easily tell if someone has painted from a photo. I thought they were quite original, unique in fact. With all good painters you can recognize their style and that was certainly true of Richard Young’s paintings – they were all so consistently painted and there was a level of precision.”