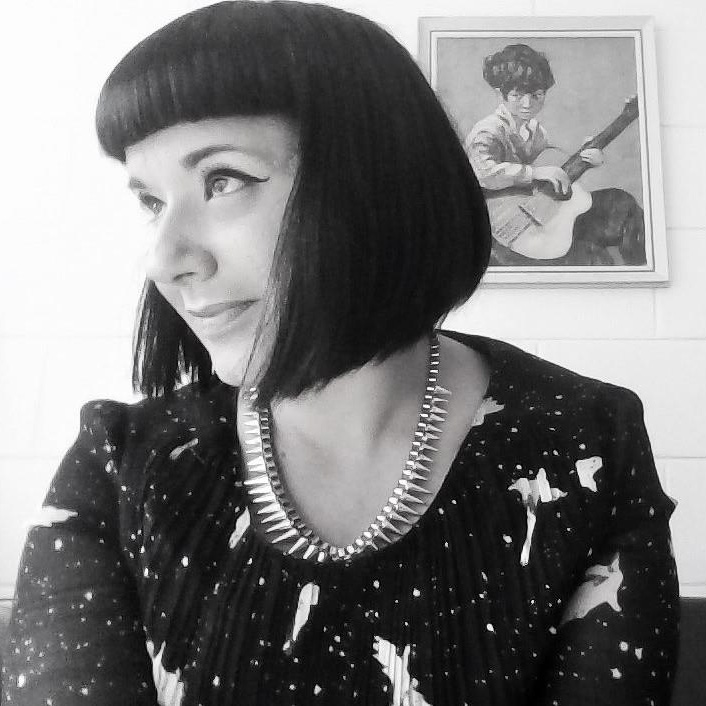 Each month a member of our community is invited to browse our online collection and select six of their favourite artworks. Each ‘My Choice’ selection, together with personal responses to the works, will be available to view on the Sarjeant Gallery website for one month at a time. The May 2021 My Choice has been selected by Kiran Dass and is available to view until 31 May 2021.

“I always loved the striking simplicity of this photograph by the late Peter Peryer. It also screams of classic New Zealand Ladies, A Plate styled baking. There’s a great story about how when he bought a pile of doughnuts, jam rolls and neenish tarts to photograph, the owner of the Devonport bakery asked him if he was having a party. Peryer used to pop into the bookshop where I worked at Auckland’s High Street and I used to enjoy our natters. He was a good reader, and I remember he snapped up a copy of Herman Koch’s mordant page-turner Summer House with Swimming Pool after I raved about it. I once told him that this photo reminded me of my late mother who used to make the most divine neenish tarts. I bumped into him a few years later and he told me he’d recently seen some neenish tarts and had thought of my mother and I. I was quite moved by that.”

“I knew of Mary Macpherson’s work as a poet before I discovered her photography. It makes me laugh that this is from a series entitled Safe because whenever I see a Flymo I’m taken right back to a flat I lived in at Wellington’s Aro Valley. It was a very cute cottage with a massive sloping front lawn that we were supposed to mow with the terrifyingly old and rusty 1980s electric Flymo whose bright orange cable looked tenuous at best. It lived under the house and I think it was only unearthed once over three years so the lawn became what I like to think of as a romantic meadow instead. I love the colour tones here, the juxtaposition of the natural green grass and the strange orange and brown machine whose initial design was influenced by, of all things, a Hovercraft.”

“Phil Dadson is an iconic figure in sonic exploration in Aotearoa and was a founding member of legendary performance group From Scratch. His thrillingly ground-breaking work is where fine art, video, DIY instruments and sound intersect. I’ve had the pleasure of seeing Dadson perform many times over the years and this AV piece documents his 2002 performance at Brisbane’s REV (Real, Electronic, Virtual) Festival. He’s playing a long-string zitherum, ostifans, Nundrum and gloop – all of which are unique instruments constructed (and named!) by Dadson. There is a stunning physicality here, to what I think of as a dynamic aural sculpture. The writer Geoff Chapple has said of Phil Dadson: “If the planet makes a note, you’d think the first person to hear it might be Phil…” The filmmaker Simon Ogston has made a slew of excellent New Zealand music documentaries and his 2015 film Sonics from Scratch is a compelling documentation of Dadson’s life and work if you’d like to explore further.”

You can view the REV performance here.

“Richard Wotton’s sharp eye keenly activates liminal spaces such as the banal smoko room. This crisply black and white image has a bracingly ephemeral and melancholy atmosphere. It depicts a mundane but beautifully compelling mise-en-scene of a Zip hot water cylinder, enamel teapot, a glossy Penthouse magazine strewn on a chair and nude pin-ups tacked on grubby walls. The calendar with a PG Tips style monkey pouring a cup of tea is a darkly absurd touch. You can just imagine the kind of off-the-shop-floor smoko banter that might have taken place in this room over a strong brew and a few vanilla wine biscuits.”

“Red, cream and black. I love the stark graphic minimalism of this image, it would make a terrific record cover. It belongs to a suite of 11 works which are a visual documentation of light movement recorded during the winter solstice and spring equinox as observed from Auckland’s Northcote College in 1983. According to the artist’s accompanying typewritten statement, the winter solstice area of direct sunlight is the solid red shard, and the spring equinox area of direct sunlight is depicted by the black line. It’s a great example of a concept being refined and distilled into a simple image and it looks fresh and timeless.”

“Books and roses are two of my favourite things. And the rose depicted here in this glorious watercolour has the same velvety hue as a rose my mother grew at my childhood home. It was a variety which had an intoxicatingly heady scent (and colour) that I’ve never been able to locate since. Joanna Margaret Paul was a visionary and staggeringly prolific visual artist, writer, photographer and filmmaker and I admire the singular way her work across all mediums thoughtfully explores and celebrates the domestic and the quiet. I love the murky tones of tawny and russet and the surprise of muted pastels here, and the placement of the book on the table. It’s The Edge of the Sea (1955) by Rachel Carson who was a progressive conservationist, environmentalist and marine biologist. I love books about the natural world and this one is a thoughtful illumination of shore life.”