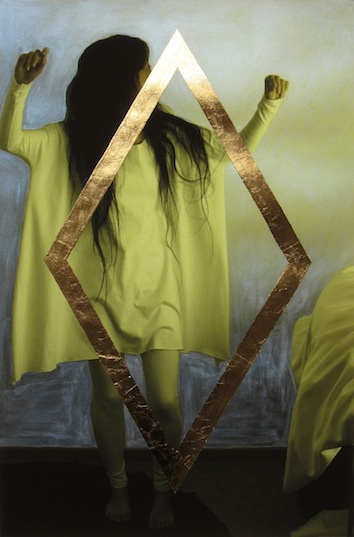 Liyen Chong was artist-in-residence at Tylee Cottage from December, 2010 – January, 2011. Having originally programmed her post-residency exhibition at the Sarjeant Gallery in Queen’s Park, this was deferred due to the uncertainty of when and where the Gallery would be operating from given its earthquake prone status. Now that the period of uncertainty is over we are delighted to be able to host a survey of Chong’s practice to date.

Since completing a Master of Fine Arts from the University of Canterbury in 2003, Chong has had numerous solo exhibitions and her work has been included in a number of group shows. As with many residents, Chong found that her time in Tylee allowed her to re-evaluate her practice. Her time in Whanganui signalled a move away from the body of work that she was focused on at the time that created painstakingly crafted embroideries, fashioned from human hair, some of which are included in this exhibition. She states “the warm and friendly atmosphere extended to me by the art community in Whanganui reawakened a sense of enthusiasm and play in my practice that I hadn’t felt for a long time”.

Liyen Chong’s work navigates a variety of media, from the delicate hair embroideries that open the exhibition to a cloud of drawings of ’magical ordinary objects’, embellished with gold leaf and a series of unique self-portraits that combine painting, performance and photography. Found images from encyclopaedias are overlaid with mixed media, manipulated and spliced with colour.

The exhibition you see here was originally curated by Tracey Williams for the Papakura Art Gallery and was developed prior to Chong leaving New Zealand for an extended OE, she is currently based in Berlin. Shown in Papakura at the beginning of this year, we are delighted to be able to regroup that exhibition and for it to be seen by a whole new audience. It’s also serendipitous that the exhibition takes place in this venue as Chong visited this building during her residency in its previous incarnation as a second-hand shop. As it transpired, some of the images used in the photographic collage work in the exhibition were actually sourced from books that the artist acquired from that shop.