Glass Food for the Soul 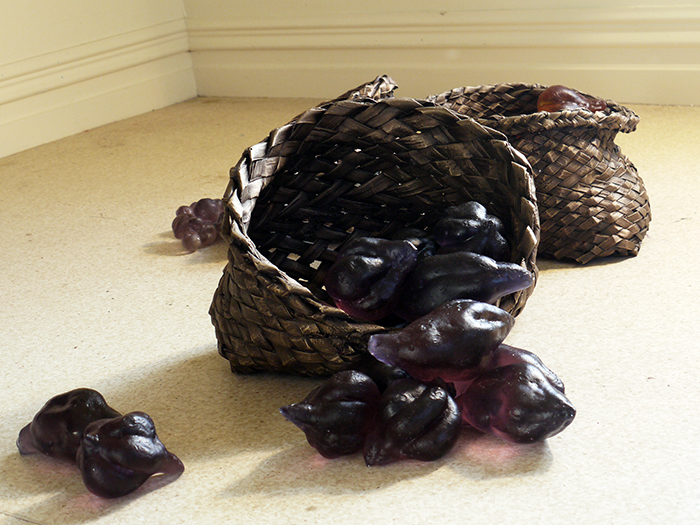 Glass Food for the Soul

Wendy Fairclough’s eels and gold and purple kumara are magical food. Being glass they offer nourishment for the soul and spirit rather than the stomach. The Whanganui born glass artist, having recently completed a six-month long stint as Sarjeant Gallery’s Tylee Cottage artist-in-residence, describes her experience as she prepares to return to her Adelaide base.

“It’s been awesome and met every expectation I had,” Ms Fairclough says. “I’ve learned heaps, I have liaised with other artists here; I’ve met casters in materials other than glass, renewed old connections with people in the glass community and made new connections that will last.  There has been a lot of sharing of knowledge, tips and ideas because the glass community is very generous and people are into sharing rather than keeping their secret recipes.”  Another bonus was that her father and brother’s family live here.

Back home in Adelaide she will continue work towards the exhibition scheduled for November 2017 at the Sarjeant Gallery. The project continues her ongoing exploration of people’s experiences of home, work, sense of belonging, and the meeting of basic needs. Within these themes she says she seeks a meaningful common ground between different cultures and religions. Her Tylee Cottage project focuses on traditional Maori and Pakeha natural food sources. 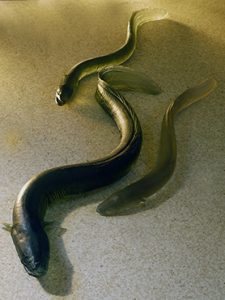 Ms Fairclough’s sister in law, Trina Taurua a tutor at Te Wananga o Aotearoa in Whanganui, advised her about traditional Maori food sources and cultural protocols surrounding them. Ms Taurua also wove three flax kete for Ms Fairclough to cast in bronze as part of the project. “It’s been awesome to collaborate with Trina. I’ve learned so much about flax, and weaving and harvesting and the protocol around that, and about Maori culture in general.” Early settlers brought fruit trees, vegetables and animals from which she will draw inspiration to cast many more objects for the exhibition.

Among the many friends and colleagues who came up with materials, advice, water containers and even a freezer in which to keep the eels, she says Marton bronze caster, Ross Wilson was an unflappable support when the going got tough.  “It’s been hard – I can’t always get the materials I’m used to using and I’ll have to make more eels back in Australia. The mold plaster was breaking off and was floating into the glass because I wasn’t using my normal plasters. I’m not science minded so it was challenging to problem solve it.”

At first she was undecided about whether to cast the eels in metal or glass. She sourced the fish from a Levin-based company, de-slimed but not gutted on request.  “I felt ethically challenged to be using the eels in this way and ended up committing to the eels that I would cast them in glass because it has a much more ethereal [look] and would be more of a tribute to the spirit of the eel.”

The lost wax method she uses is a delicate, time intensive process. She makes a silicone rubber mold of the object (eel), pours wax into the mold, removes it and cleans up the surface of the wax.  She then makes a refractory mold of silica and plaster around the wax and steams the wax out, leaving an empty, eel-shaped cavity. During a six-day kiln firing molten glass feeds through a reservoir in the mold into the cavity. The computer-controlled temperature descends through an annealing cycle over the next five days from 810 degrees centigrade to 21 degrees so that the glass doesn’t crack. “Then you have to break the mold without breaking the fins. I was so worried about it that I used a chopstick and pencil sharpener. I was sharpening the chopstick and just scraping slowly away. It took me 40 minutes to take the plaster off around the fins.”

After many thawings out, moldings, re positionings and re-freezings she buried the large eel in the Tylee Cottage garden with a prayer and many thanks.

The residency programme at Tylee Cottage has been going for 30 years. In late November the Sarjeant Gallery is mounting an exhibition that includes a survey of some key works that have entered the Gallery’s permanent collection as a result of the residency and that have a particular resonance with Whanganui.