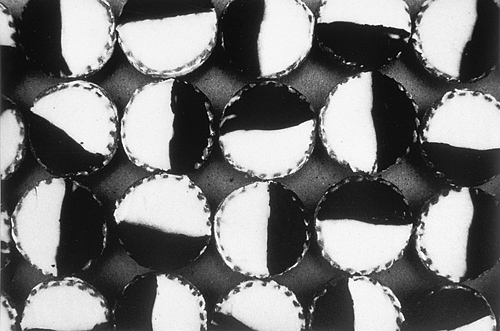 The Sarjeant Gallery is fortunate to have one of the finest collections of photography in New Zealand. This collection began shortly after the gallery opened in 1919, when noted Wanganui photographer Frank Denton began to acquire a collection of international Pictorialist photography. The fruits of Denton’s labour were first presented at an exhibition in September 1926.

Since that time, but particularly from the ninety eighties to the present day, the Gallery has established a fine collection of work by New Zealand photographers, many of whom have gone on to become leading figures in New Zealand art history. At that time photography was only just emerging from the shadows as painting’s poor cousin, so the acquisition of works by a gallery with a small acquisition budget, was a relatively affordable exercise. This coupled with the generosity of photographers who were in the early stages of their career and who gifted works to the Gallery, has led to the institution having the impressive holdings that it has today.

This small exhibition features the work of three photographers – Laurence Aberhart, Richard Wotton and Peter Peryer, all of whom have had longstanding relationships with the Sarjeant Gallery.

Laurence Aberhart was the inaugural artist-in-residence at Tylee Cottage in 1986. Administered by the Sarjeant Gallery, the residency programme is the longest running of its kind in New Zealand. Aberhart was in residence for a year and during that time he produced many images that have now become key works in his oeuvre, one of which is the work Nature Morte (Silence) 1986 which was taken in Wanganui’s Savage Club and opens the suite of works selected here. In 2002 curator Justin Paton described Aberhart as “the essential visual poet of New Zealand’s past, an artist of uncanny persistence…”

Richard Wotton began seriously focusing on photography after seeing the 1975 exhibition The Active Eye at the Manawatu Art Gallery. Although Wotton has had an ongoing interest in architecture and this is what currently drives his most recent practice, this body of work displays his carefully attuned eye to everyday details. Wotton finds rhythm, line and light in the most unlikely of places, this is particularly evident in a series of three colour photographs entitled Tape Works.

Peter Peryer took up photography at the age of 32 and since that time he has gone on to become one of New Zealand’s most respected photographers with major solo exhibitions at the Sarjeant in 1985 and 1997. Like Wotton, Peryer has a careful and curious eye for the overlooked and the photographs featured here focus on uncelebrated aspects of the everyday. Here, neenish tarts, jam rolls and a page of braille become landscapes of line and pattern. In 1995 writer Helen Ennis noted “The “thingness” of Peter Peryer’s subjects is respected – indeed, loved. Peryer’s world is not divided into the human and non-human, the living and the dead, the superior and inferior. The nature of the species or substances photographed is not an issue – animals, birds, people, natural and made things, all are given the same rapt attention.”