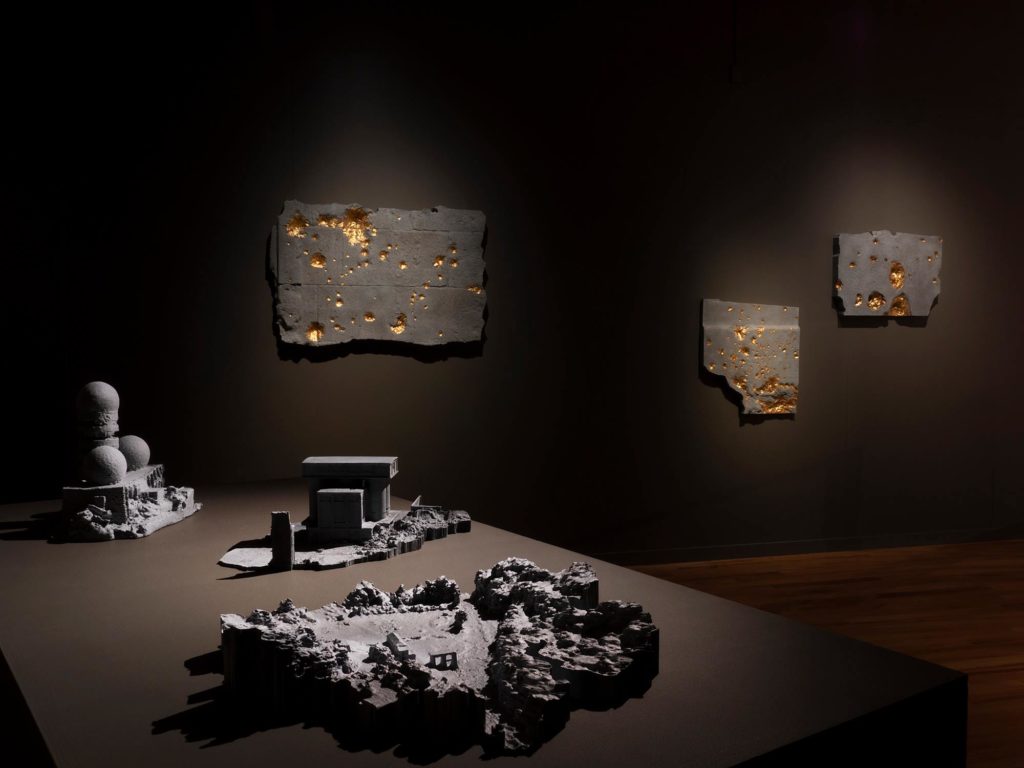 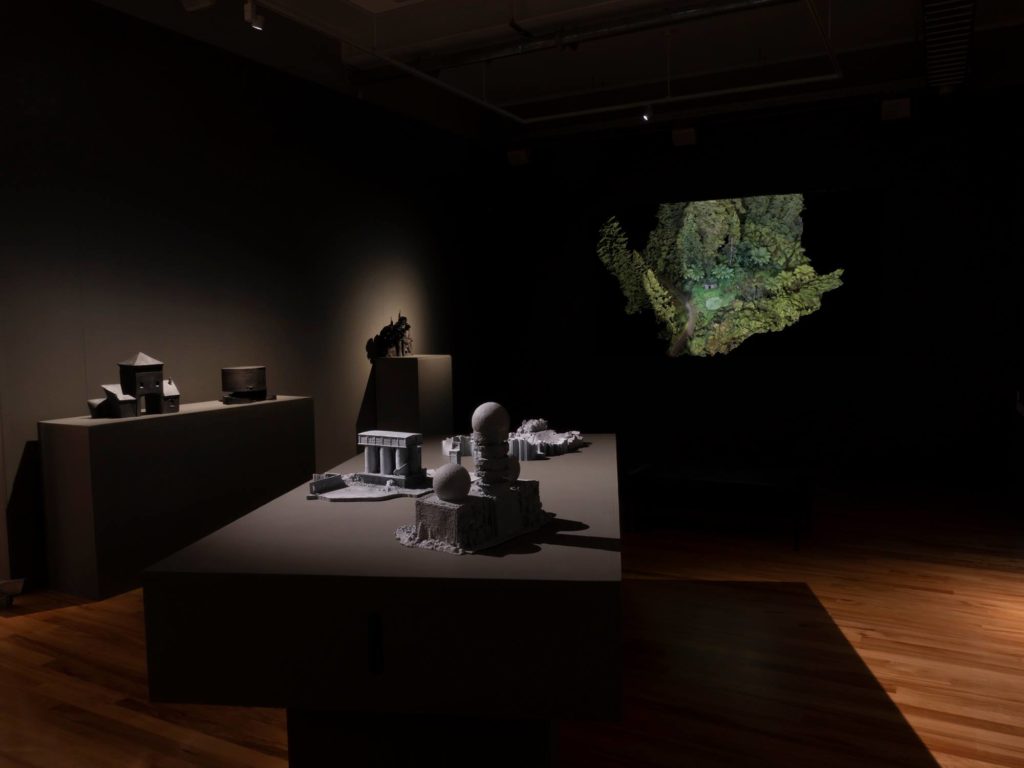 This exhibition brings together new video and sculptural works by Brit Bunkley that have been made from 3D computer models. These have been created from scans of real world structures that Bunkley has visited and that are all conceptually linked. His interest lies at the point where nature and culture collide and the architectural ruins that appear in his works are their manifestations.

The structures that feature are often contentious icons of culture and human history and on his overseas travels in the last few years Bunkley has recorded imagery from these sites. His photographic composites of large structures have been made a lot easier with the use of drone captured imagery that accommodates points of view not accessible from the ground. From this data he uses photogrammetry scanning (using multiple photographs placed within software to produce 3d printable meshes) to create his eerie works as ‘islands of memory’—akin to the islands that feature in the science fiction film Solaris (1972) by Andrew Tarkovsky. By extracting these images, the buildings are divorced from their surrounds and both the videos and the 3D sculptures resemble chunks of architecture and landscape made from an indefinable material floating in black cyberspace. Sites include strip mines, weathered bullet ridden walls, edifices of failed totalitarianisms, an abandoned chemical factory and the iconic Disneyland Castle. Ultimately they refer to eschatology—the ‘end of time’.

Although some of the sites featured are single buildings, some are vast in scale. One such example is the site of Immerath, a ghost town near Cologne, Germany whose inhabitants and buildings have been methodically removed to enable the site to be used as the world’s largest open cast mining complex.

Ghost Shelter has been an ongoing project over the last two years and for this manifestation of the series Bunkley has developed a new work that echoes the sentiment of the six sites featured. A companion piece titled Stalker, inspired by Tarkovsky’s existential film The Stalker (1979) takes us on a similar journey to the original expedition into the ineffable aqueous “Zone” where wishes may be granted to one’s detriment. Bunkley stitches together his own footage in such a way that the landscape and buildings resemble a magic realist post-apocalyptic wasteland.

Brit Bunkley moved to Whanganui from New York with his family in 1995 to take up a position at the Quay School of the Arts, where he was head of sculpture until 2015. Over the coming months, Bunkley’s ‘Ghost Shelter’ works are being screened at a number of international short film festivals and venues in Germany, Brazil, and Spain. A collaborative work with Andrea Gardner titled ‘Peaceable Kingdom’ was featured in Sculpture in the Gardens 2017-2018 at the Auckland Botanic Gardens and has now been permanently installed as part of the TSB Bank Wallace Arts Centre collection.