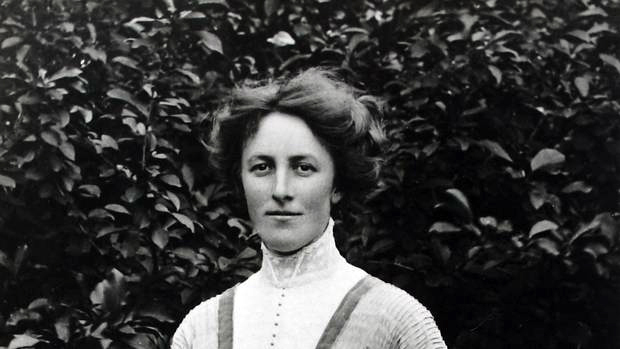 Whanganui painter Edith Collier is increasingly being identified as one of New Zealand’s early modernist women painters. However, when she died in 1964, the significance of her work was largely unrecognised.

Collier’s compassionate nature has been documented along with her artworks, and her tenderness towards her subjects is evident in the portraits. “She was in Bonmahon in Ireland when the mines were being closed and the people were very poor. “Edith offered practical assistance and asked her mother to send care packages from Whanganui to help them out.”

Taylor-Moore says the florid complexions of the Irish subjects would have indicated that they were suffering from tuberculosis. “I discovered that quite recently and a lot of her Irish subjects had those rosy faces.”

Taylor Moore says Collier is remembered in Bonmahon and a memorial to her was unveiled there in 2016. Collier travelled to Bonmahon while living in London where she studied at the St John’s Wood School of Art in London. She also spent time at St Ives in Cornwall with fellow expatriate artists Margaret MacPherson (Australia) and Frances Hodgkins (New Zealand).

Despite testimonies that Collier had to put her art aside to care for family members and that her father burned some of her work, Taylor-Moore says her parents were generous in their support of her art. “They paid for her to go to the UK and she spent eight years there. “She was there during the war years and she provided a place of respite for members of her family who were serving with the New Zealand forces.”

When Collier returned to Whanganui in 1922, her work was not appreciated by a conservative community and biographer Joanne Drayton described some of the criticism as “savage”. It was this negative public reaction that apparently prompted her father to destroy some of her works, including nude studies. Collier’s father, Henry, was a music shop proprietor and the family were musical. Collier was an accomplished cellist and according to Drayton, played in a family quartet led by her father on violin. A number of the nude studies survived and Frivolity, a study of three nudes, is included in the exhibition.

In 1927, Collier’s family supported her to visit Kawhia in the Waikato where she drew and painted prolifically. Some of the Kawhia works are included in Edith Collier: Ahead of her time and the painting Korero depicts a group of brightly clad Māori women in conversation beside Lake Parangi. “Some people have said that the women would not have worn bright clothing and Edith invented the colours,” says Taylor-Moore. “I don’t see why they wouldn’t have been wearing colours like that in 1927.”

Collier was the eldest of 10 children and in the years after her return home, she helped care for her nieces and nephews as well as working with her unmarried sisters on the family farm.” I am in contact with a niece and a nephew of Edith’s,” says Taylor-Moore. “Many members of her family did support and appreciate her work and it seems she did not resent the time she spent supporting them.”

Included in the exhibition is a preliminary sketch of Collier’s cousin Fanny. “She was especially close to Fanny and she was a great supporter of Edith’s work,” says Taylor-Moore.” It would never have been intended for public viewing but it helps us see how she developed her ideas and it is someone she really cared for.”

Liz Wylie is a reporter for the Wanganui Chronicle

This article first appeared in the Wanganui Chronicle on 28 July, 2018