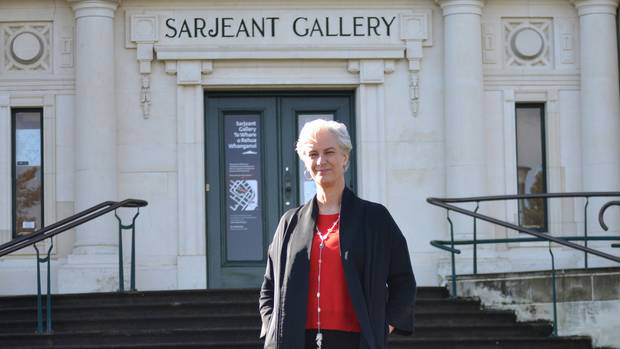 Raising money to assist with the Sarjeant Gallery redevelopment project is the aim of the Thousand Stars fund.

Administered as part of the Sarjeant Gallery Trust, the fund’s aim is to raise $1 million by asking 1000 people to make a weekly $5 contribution over four years. That’s $1000 per donor. A thousand donors would raise $1 million. Sarjeant Gallery Relationships Officer Jaki Arthur says the fund is working, with some contributors continuing their donations beyond the four-year period.

“We’ve got almost 500 Thousand Stars. That’s half a million coming from this community,” she says. “They tend to be all Whanganui people — there are probably about 20 from outside Whanganui. We hope to get more Thousand Stars in this part of the Sarjeant’s life because fundraising is still full steam ahead. Even though the project has been green-lit, we still want to raise the rest of those funds the council has agreed to underwrite.”

All money raised is destined for the building fund: the strengthening, restoration, rebuild and extension of the Sarjeant Gallery. “The level of community support for the Sarjeant is rock solid,” says Jaki. Contributors, members of the Thousand Stars give quietly, without fuss. They will be acknowledged in the building, with their names displayed somewhere, but, for now they are happy to remain anonymous.

Jaki says some of the multiple star achievers have decided to dedicate a star to someone else: a family member or a close friend. “People are gifting them.” All of those names will be displayed in the Sarjeant Gallery. “To have those names acknowledged in a building like what the Sarjeant’s going to be and what it’s going to represent for this town and region is a pretty special opportunity.”

Except for the extension to the gallery, allowing for additional exhibition space, education facilities, an auditorium and events spaces, the building on the hill will remain essentially unchanged, but strengthened and restored to its former glory. “It will be whiter and cleaner and sharper and the lines will be better because they’re going to take off all those layers of paint that have been applied over 100 years.” Earthquake strengthening will be achieved by using base isolators beneath the Sarjeant, allowing the structure to move during a quake. The technique has been used at Te Papa and many other public buildings around New Zealand.

The 8500-piece collection is one of the most extensive and significant in regional New Zealand. “It’s a really big deal!”  Henry Sarjeant left enough money in 1912 to build the Sarjeant Gallery and create an endowment to purchase art works. In today’s terms it equals more than $70 million.

“What we really want to do is encourage people to become Thousand Stars. Now things are going to start to happen — later this year the archaeological dig will begin on the park where they will put the extension, and that’s the first bit of activity we’ll see. It’s from that moment that things will get really interesting up there.” Construction work begins early next year and will take two years. Next year the building celebrates its centenary. “The Thousand Stars are integral to the success of the project. It says so clearly that this community is behind it.”

This article first appeared in the Wanganui Midweek on 30 May, 2018