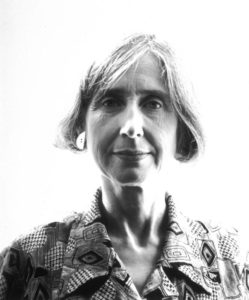 The launch of a new edition of a book of poems by the late Joanna Margaret Paul reflects the close relationship between the renowned artist and Whanganui’s Sarjeant Gallery.

Widely regarded as one of New Zealand’s most eloquent artists, Paul explored the details of her own life to create poetry, prose, films, drawings and paintings that celebrated the domestic and the unseen.

Paul lived in Whanganui for 20 years until her death in 2004 and in her lifetime was widely known for her immense and varied artistic output. Since her death, her reputation has continued to grow nationally.

This Friday the Sarjeant Gallery, which houses a large number of Paul’s works in its permanent collection, hosts the launch of the new edition of her book of poems, Imogen. In the book, Paul used verse and the spatial effect of words on the page to depict the birth, short life, and death of her daughter, Imogen Rose, who died of a heart defect aged eight months.

The new edition is published by Whanganui-based small print publisher Small Bore Books, which specialises in republishing out of print books in art and design.

“This event to celebrate the new edition of Imogen is a continuation of the Gallery’s longstanding relationship with Paul and her diverse artistic practice,” Sarjeant Gallery curator and public programmes manager Greg Donson said.

“Over the years Paul’s work has frequently been featured in our exhibition programme and the Sarjeant initiated two major exhibitions surveying her practice – ‘A Chronology’ in 1989 and ‘Beauty, even’ in 2004. It’s only since her passing that the true depth and beauty of her work has come to the fore, with each strand coming into sharper focus. Given her strong connections to Whanganui this event is part of an ongoing conversation.”

First published in 1978 by Alan Loney at Hawk Press, editions of Imogen have been rare to find and widely sought after. The new edition will be released with a hand-stitched cover, designed and printed by Brendon O’Brien, who collaborated with Paul on several books.

The launch is at Sarjeant on the Quay at 5.30pm on Friday, February 7, and is a free event.