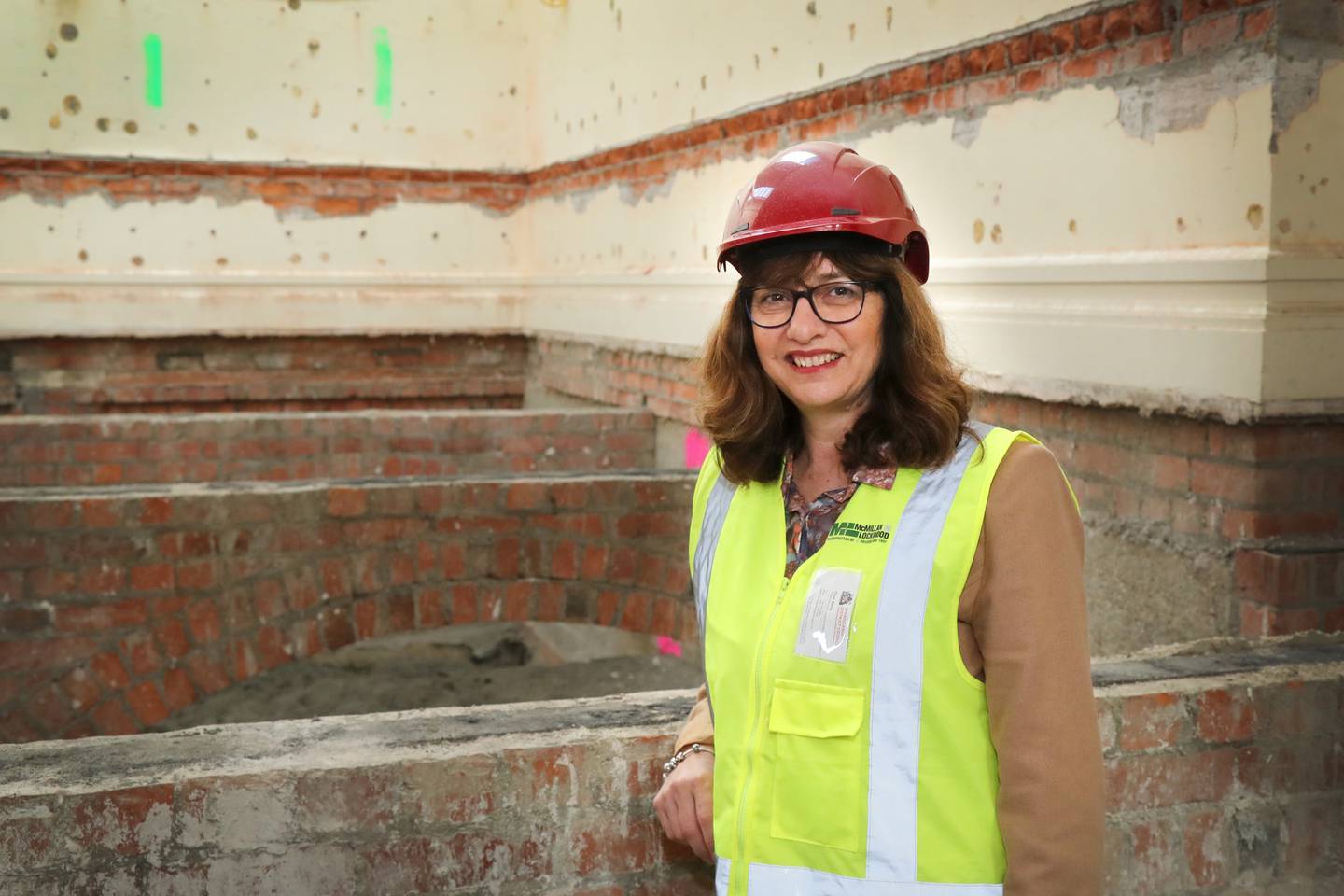 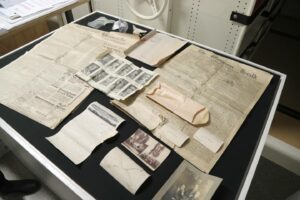 All of the contents found in the time capsule left behind Clerk of Works John Brodie 102 years ago. Photo Bevan Conley

A historic discovery has been made at the Sarjeant Gallery redevelopment site at Pukenamu Queen’s Park in Whanganui.

A 102-year-old time capsule has been discovered by construction workers, with gallery staff labelling it the most significant find of the excavation project so far.

The capsule was discovered on April 8 by construction worker Richard Awa, who was drilling long vertical holes for steel rods in the exterior of the original gallery as part of the earthquake strengthening for the building.

“The hole we found the time capsule in, we lost water. That’s how I knew we found a void,” Awa said.

Sarjeant Gallery redevelopment project director Gaye Batty said crews immediately stopped what they were doing to investigate, and traced the depth of the drill bit, made a hole in the interior wall and reached inside.

“He was on the roof drilling down and detects something different as he is drilling. It’s amazing how he noticed the difference,” Batty said.

The glass vessel containing the time capsule was broken, but all the contents were in perfect condition.

The time capsule was stowed there by John Brodie, the clerk of works on the original construction project.

Batty said the role of the clerk of works was “a co-ordinator of all the documentation”. 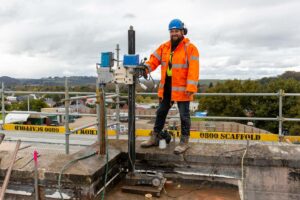 “All of the engineering documents, contract instructions and co-ordinating everything. The clerical part of the construction. He was right in the middle of it.”

The capsule contents included personalised letters, photographs of his family, editions of the Wanganui Herald and Wanganui Chronicle, and more.

The find is the most significant discovery so far during the redevelopment project.

Originally constructed between 1917 to 1919, the Sarjeant Gallery is one New Zealand’s most renowned heritage buildings.

The redevelopment of the building is the largest arts development in the lower North Island since Te Papa and will give the region an earthquake strengthened heritage gallery with a new state of the art modern wing.

Sarjeant Gallery relationships officer Jaki Arthur said it was “nothing short of extraordinary” to discover a time capsule.

“He has really thought quite carefully about what he would like to include. He has posted to the future. It is actually us who was meant to see it.”

Among the contents, and perhaps the most significant, is a handwritten letter by Brodie, in which he ponders when the capsule will be discovered and talks about the controversy surrounding the rightful designer of the original Sarjeant Gallery.

In the letter dated January 28, 1918, Brodie writes, “Some of the hands are speculating as to when it may be opened. Very hard to say. At any rate my race will be run then as I am 59 next birthday.

“I wonder if the vexed question as to who is really the designer of this building will have been settled by then.”

Project Director for the Sarjeant Gallery redevelopment Gaye Batty said the discovery is the most significant find so far. Photo Bevan Conley

The Sarjeant was built as the result of a bequest by Henry Sarjeant in 1912. The Whanganui City Council at the time employed Samuel Hurst Seger to hold a competition to select an architect for the project.

There were 33 entries from around New Zealand and Australia, with the winning submission coming from the office of Edward Anscombe of Dunedin.

Anscombe would take credit for the design, when in fact the entirety of the work was done by 21-year-old clerk Donald Hosie, who worked in Anscombe’s office.

Brodie continues in his letter, using a hyphen to represent Anscombe, “It is common report that the – who gets credit and benefits did not but that a young man killed in France should have all the kudos however that may be if it is so that – has done what is commonly believed then he is no gentleman.”

The young man referenced in the letter is Hosie, who was killed in Passchendaele just two weeks after the foundation stone, bearing Anscombe’s name, was laid.

Many were suspicious at the time that the design was not Anscombe’s, and it was investigated very seriously by Seger, the moderator of the design competition.

When asked by Seger at the time why he didn’t stand up for himself and take the credit for the project, Hosie replied, “I am a young man and I will have my time again”.

“It must have been at that point he [Anscombe] must have really stepped up his case that this was his campaign,” Arthur said. 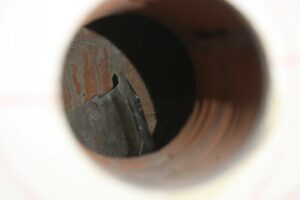 The hole drilled in the interior wall to discover the hidden time capsule. Photo Bevan Conley

Among the contents of the time capsule was a booklet about the competition. With only one copy in Dunedin and another in Auckland, discovering the booklet in near pristine condition was a great find, Arthur said.

“This is one of three in existence. Initially, there must have been a lot of them because they were sent all around Australia and New Zealand. It’s an absolute rock solid find, we are so delighted to find that.”

Arthur said she loved the deep personal connection of the time capsule, which had been carefully put together.

With cannonballs, previous housing sites and utensils all discovered during the redevelopment so far, Arthur was quick to label this find “without a doubt” the most significant.

“The other discoveries are more about the hill and who was here before. This is entirely and specifically about the gallery.”

The discovery of the time capsule had captured the imagination of the gallery team, who were now pondering whether to do their own capsule to be discovered by future generations.

All the contents from the time capsule are on display at the Sarjeant on the Quay, 38 Taupō Quay.

Watch the Whanganui  Chronicle video by clicking the image below. 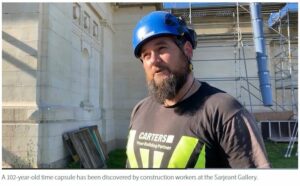