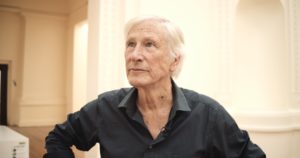 Chris Cochran tells the story behind the commissioning of the gallery in the early 1900s.

Chris Cochran’s appreciation of the Sarjeant Gallery is palpable. The conservation architect’s talk “In Praise of the Sarjeant,” 7-9pm, Wednesday, September 11 at the Davis Theatre, Watt St, promises to be hugely informative as well as entertaining.

Cochran knows his subject well. He plans to tell the story behind the commissioning of the gallery in the early 1900s and to talk about the various architectural attributes that make it such a remarkable building.

“The national competition and the commissioning of the Sarjeant is an absolutely fascinating piece of architectural, social and political history,” Cochran said. “Edmund Anscombe [the architect who was awarded the commission] had nothing to do with the winning design that was submitted by Donald Hosie.”

Hosie, in his early 20s, was an articled pupil to Anscombe.

“He was a brilliant draughtsman and had one or two of his colleagues to help him I think, but in quite a short time he produced this beautiful set of drawings and submitted them. The competition was in two stages and he got into the final six and was then asked by the judge to develop the design further. So the six place getters all put in revised and improved designs. And out came Donald Hosie as the winner.”

He points out that Hurst Seager, the sole judge of the original competition set out many rules and guidelines in the brief and had significant influence over some aspects of the design, such as the lighting.

“Beautiful natural lighting, which comes through a series of skylights, was one of the main features of the building – it didn’t rely on artificial lighting. The natural light sort of keeps the place alive and soft and lovely. That’s not done today because it is hard to control in terms of conservation of the artworks. But this is very cleverly done. Hurst Seager specified quite clearly in the brief for the design how the natural lighting should work.”

Unfortunately Hosie, not being a qualified architect, was unable to accept the commission and it was awarded to Anscombe whose name is on the foundation stone; Hosie, 22, died in World War I in 1917 just before it was laid.

Cochran did a cultural heritage assessment in 1998, (updated in 2012) which was included in the brief for the gallery’s next national design competition held in 1999 for the extension, upgrade and earthquake strengthening of the building.

Cochran was one of the five judges. Warren and Mahoney was the ultimate winner.

Cochran’s talk will also cover the town planning and townscape aspects, the classical architecture “which is absolutely beautiful”, the materials, lighting system, and the social value of the gallery to Whanganui – “this building is a treasure, a work of art in itself”. 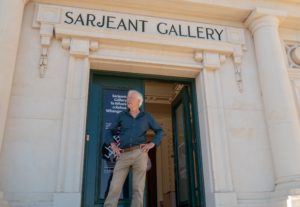 “As a piece of classical architecture – functionally it is a beautiful space to go into with its radiating arms – it’s a wonderful gallery for orienting yourself unlike some galleries that are like a maze.”

He says the cross form is beautifully modelled – “it sort of steps in and steps out. If you go around the perimeter it has lovely shapes and proportions and very subtle lines of cornices and things that emphasise the shapes. And that works inside as it is so easy to orient yourself from under the central dome to where you have been and where you are going.”

The decorative plasterwork is another special feature in that it is original and not copied from books.

“I’m doing a bit of work on where Hosie got the shapes and motifs from, there will be some classical precedents for it but nothing exact.”

During the redevelopment Cochran and Murray conservation architects will be “on the sideline” advising on conservation issues such as the impact of the strengthening.

He reassures that for the general public Whanganui’s most iconic building will look essentially the same.

Tickets available for Chris Cochran’s talk are available at Sarjeant on the Quay or by phoning 06 349 0506 – all proceeds go to the redevelopment fund.

Click here to see the original article at newzealadherald.co.nz