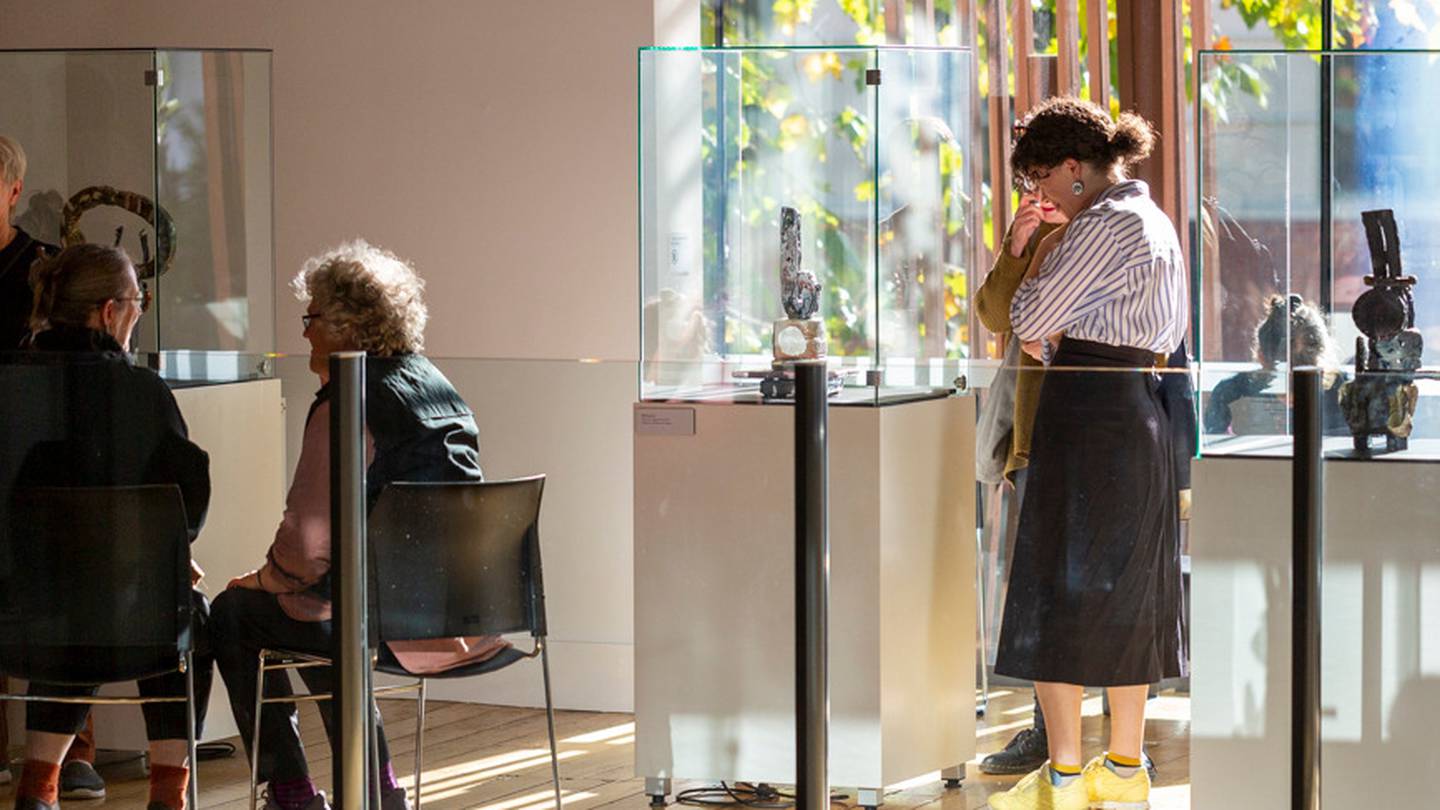 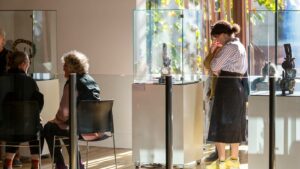 Tender Brick: The Material Epiphanies of Peter Hawkesby, showing at the Sarjeant’s  i-SITE gallery is an intriguing display of hand-built clay constructions that convey both the raw, rough physicality of the material (and its shaper?) with a thoughtful tenderness of touch.

The exhibition, curated by Richard Fahey, Programme Director, Master of Design at UNITEC comes from Objectspace in Auckland and shows at Sarjeant’s i-Site until September 12.

Hawkesby returned to making ceramics full-time in 2016 after a 40-year break when he lived in Tokyo and owned and managed café Alleluja in Auckland.

In the 1970s Hawkesby did away with the potter’s wheel and hand-built his ceramic artworks, assembling fired pieces using the glues of the time. He has continued this practice, now using rubbery, cement glues that move with the pieces.

Hawkesby says working with clay is always very physical, whether using a wheel or not, however he finds the wheel has “a certain dictatorial element to it.”

“For me making a vessel is very delicate and tender, using a very light touch. I don’t touch the walls of the vessel much when I’m putting it together which is very different from making a vessel on a wheel where you are pushing and pulling and wetting. Mine is quite dry and more like using a rolling pin, rolling out vessel shaped pastries.”

When he makes ticks (a signature element in his work), loops, fans or halos he is much less concerned with delicacy.

“The making is rougher and more vigorous, and I’m using clay with a certain dryness so that it has strength.”

Hawkesby’s use of ticks began in the late 1970s as a response to the prevalence of crosses, in particular in the works of Allen Maddox and Colin McCahon.

“I just wanted to balance them out with something light. [He thought] “I am so tired of crosses, I’m going to do hundreds of ticks.” I have enjoyed making them, mixing them with other symbols like the fans and the loops. People have their own ideas about what they mean.”

Inspiration comes from everywhere he says, is intuitive and depends on his mood.

“I will start with a very tenuous idea and it will evolve through a phased process. At the end when pieces come out of the kiln I will have a series of pieces that will be nothing like the original idea, but I want to be relatively loose in how I approach every stage. It dries, you look, you glaze, you fire and then you put together. I like the options to be infinite until that last stage and I’m happy I can do that.”

He has many boxes of pieces that are available for the constructions he makes at the end of each firing.

Curator Richard Fahey and Hawkesby have worked well together, “on the same page”, Hawkesby said. Fahey gives talks on the artist’s behalf, as he prefers informal conversations with visitors to public speaking.

“Richard has collected my works since he was 18 years old, he is now 56, and he has a huge collection of my work since the beginning of my career. He introduced himself to me in 1999 and to his collection of my work, which was astounding. We have become really great friends over the last 10 years. He is a critic and a collector so his knowledge is incredibly dense.”

While in Whanganui Hawkesby visited the Quartz Museum and was impressed by the size and range of Rick Rudd’s collection.

“Rick has to be congratulated. It was a much bigger selection of ceramics than I’d ever imagined. What a fantastic place he has there.”