Sarjeant Happenings: New book to tell stories of the gallery, its works and its people 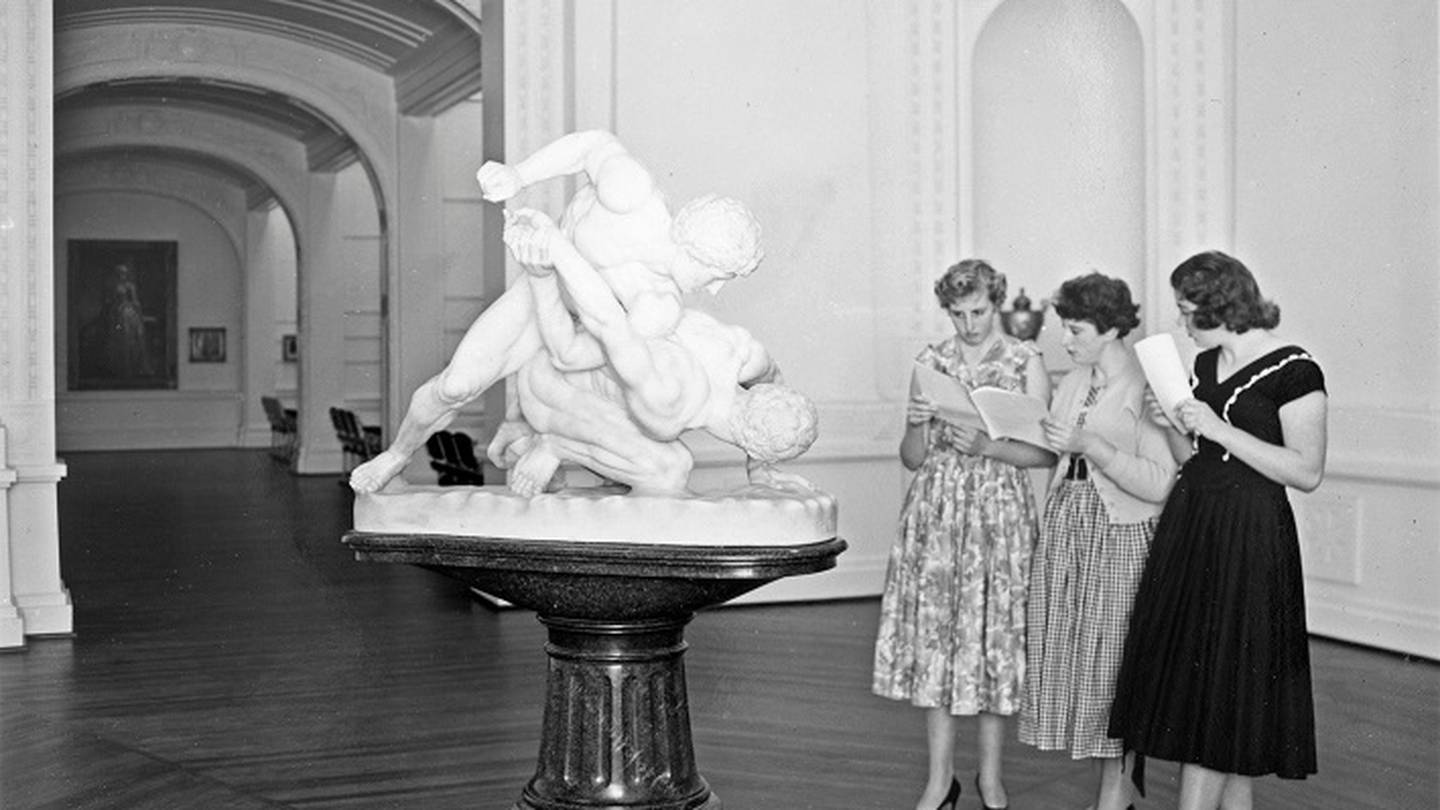 22 Feb Sarjeant Happenings: New book to tell stories of the gallery, its works and its people

Anyone who knows even a little bit about Whanganui’s fascinating history would agree that this town is worthy of its own blockbuster.

The stories of pre-colonial iwi and hapū, the legends of this region, and the beautiful river that stretches from Taumarunui to the sea, are spell-binding.

After the colonists arrived local tribal leaders played a significant role in the burgeoning township as negotiation was often necessary and knowledge needed to be shared.

There were dark stories of mayhem and murder too. The history of Pukenamu Queen’s Park – the hill on which the Sarjeant Gallery now stands – is a case in point. Pukenamu has been a site of activity and of habitation for centuries. In pre-contact times it was a hilltop fort, a place of refuge, a fighting pā.

Whanganui has stories of blackmail, bribery and deceit too. The early 20th century Mayor Charles Mackay became one of the most scandalous figures in New Zealand, though nowadays the significance of his crime is much debated.

And then there is the tale of Henry Sarjeant himself, and the bequest he made in his 1912 will, leaving enough money to the city to build a fine art gallery “for the inspiration of ourselves and all those who follow us”.

The Sarjeant has hosted visits from the great and the good (and the bad) including, in 1920, the controversial occasion when Edward Prince of Wales, later and briefly Edward VIII, came to town.

While the history of Whanganui is fascinating in itself, when you open up the archives of the Sarjeant, you realise every picture in the collection also has its own story.

The personalities involved with the gallery – the artists, the curators, the directors and the politicians – are all players in the story of the Sarjeant Gallery Te Whare o Rehua Whanganui too.

In 2020 author Martin Edmond took up the challenge to write the biography of the Sarjeant Gallery as proposed to him by the Sarjeant Trust.

His 2011 book about Colin McCahon was described by Justin Paton as “the best – the riskiest and most fully imagined – book there is on McCahon”. In 2013 he received the Prime Minister’s award for literary achievement in non-fiction. His most recent work, Bus Stops on the Moon, a memoir of avant-garde theatre troupe Red Mole, has just been long-listed in the Ockham Book Awards.

Edmond was born and grew up in Ohakune, where his father Trevor Edmond taught at Ruapehu College. He remembers coming to Whanganui with his mother, the poet Lauris Edmond, to go shopping at Londontown and to visit the Sarjeant Gallery on the hill.

It is anticipated it will be a hard cover book, generously illustrated with works from the collection, and published to coincide with the reopening of the Sarjeant Gallery in 2023.

Putting the Sarjeant at the heart of the story allows the gallery to become a character in the history of Whanganui. So many things have happened in this town and the Sarjeant Gallery has been a benefactor of, and witness to, that history.

Martin Edmond is currently working on the project from his home in Sydney. He has twice travelled to Whanganui to interview some of the key players in the Sarjeant story and we expect to see him back again later this year.

Undoubtedly there are more stories out there about the Sarjeant Gallery and if you have one to share you could email it to jaki.arthur@sarjeant.org.nz

This article first appeared in the Whanganui Chronicle and NZ Herald online on February 9, 2021. See here.