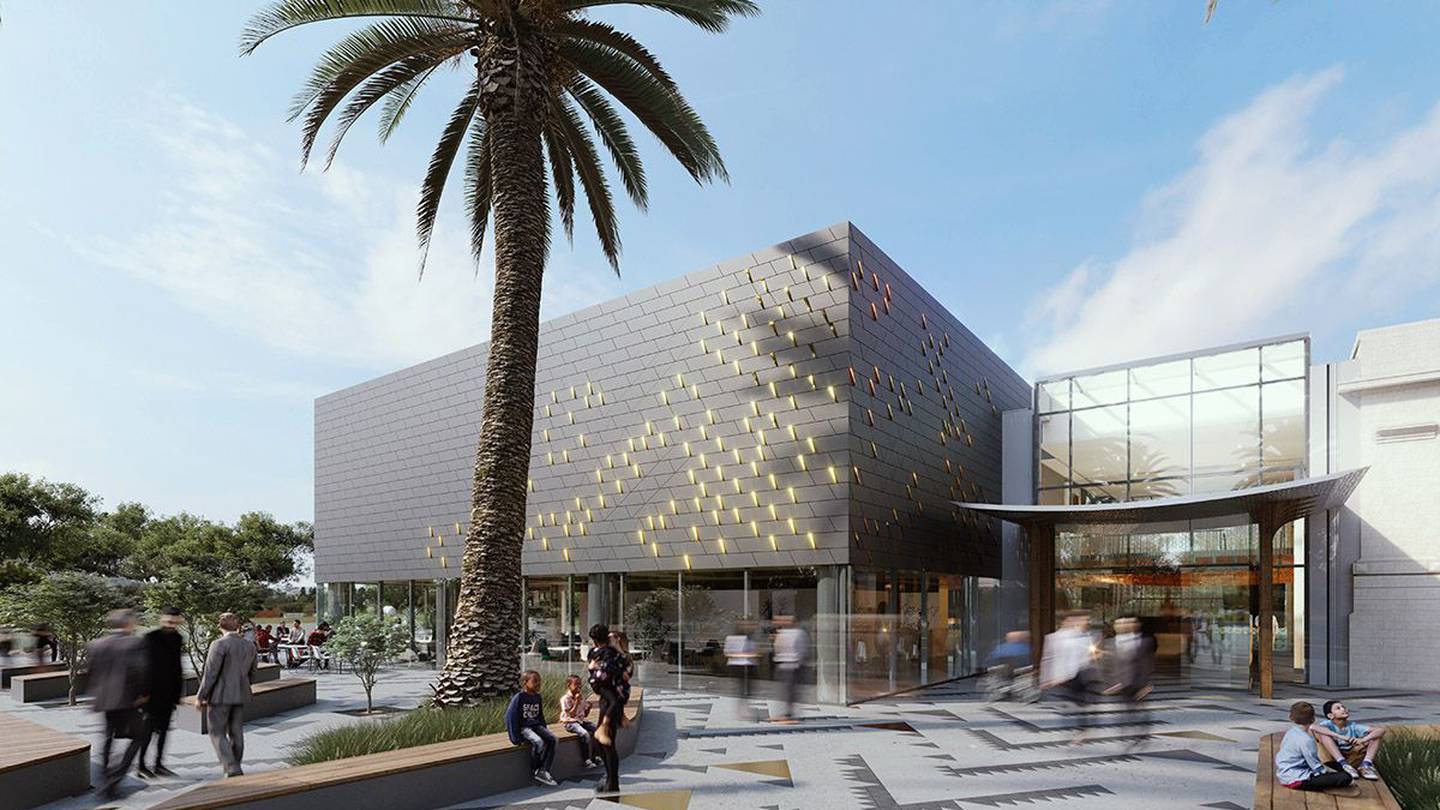 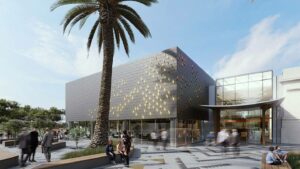 The decision was made to use the failure of Oamaru stone to meet what was needed to try a new co-design approach for the Te Pātaka facade. Photo Supplied

It has been an exciting few weeks for the Sarjeant Gallery Redevelopment project team as a final design concept for the façade of the gallery extension building has been revealed.

By way of background, and as I’ve reported previously, Oamaru stone was originally specified for the façade of Te Pātaka o Sir Te Atawhai Archie John Taiaroa. However when the current supply of stone was tested, it did not meet the required specification for the building.

Unlike the heritage building where the exterior walls start at ground level and the blocks are stacked in layers joined together by mortar, the exterior of the new wing will be constructed from thin panels of stone starting at the second level, held in place using a mechanical fixing system that pins each stone panel into position, with no mortar or adhesive required.

Heavy plywood substrate and weather membranes will surround the second level on to which a vertical steel rail system will be attached. These rails support the brackets which hold in place the stone panels and form the façade. This design calls for a highly specified grade of stone.

Oamaru stone is a natural, variable material and the quarry was not able to guarantee the density of the current supply, creating an unacceptable risk of cracking and failure if it were used as a cladding material.

This was seen however as an opportunity to explore a range of alternative façade ideas as part of a collaborative co-design process to reflect a rich cultural narrative. 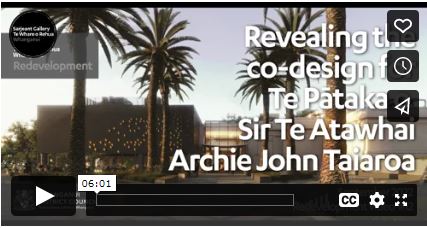 The result is an inspirational new concept for the façade which will be constructed from dark stone panels, highlighted by splashes of shiny steel Tioata inserts to create the effect of light shimmering on the water.

This light effect that can be seen under certain conditions on the Whanganui River is referred to as Kānapanapa and it is the key design narrative for the building chosen through a series of workshops with the architect Warren & Mahoney and Te Kāhui Toi, the artist group appointed by Te Rūnanga o Tūpoho.

The stone panels are trapezoidal in shape and will be formed into a pattern known as Aramoana, which is unique to Whanganui, using honed and polished stone finishes to create contrast and shadow and symbolise the pathway from the Awa to the sea.

This will mean a change in appearance of the façade from the original scope and the new wing will now contrast significantly with the 104-year-old Sarjeant Gallery, which was built of Oamaru stone, and look different from the early concept renders of the redevelopment that were used to attract the interest of funders and supporters. 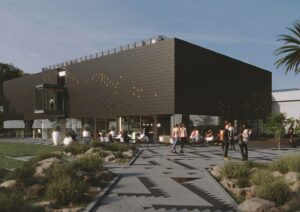 An artist’s impression of what the new Te Pātaka wing could look like from one side.

The design concepts and new images were co-presented (by Tūpoho-appointed artist Cecelia Kumeroa and Ralph Roberts, principal architect for Warren and Mahoney) to the Sarjeant Gallery Trust on July 28 and to Whanganui District Council at a workshop on August 18. Kaumatua John Maihi was also present at the meetings.

At a council meeting on August 23, councillors unanimously endorsed the co-design cultural narrative and design concept, allowing the project team to procure the materials required for the construction of the façade.

The outcome of the process loops back to 2014, when the project commissioned advice from noted contemporary Māori architect Rau Hoskins from designTRIBE regarding the application of Te Aranga principles into the new extension building. The plans were deemed by him to be very effective in the delivery of all areas of tikanga Māori.

Rau Hoskins also noted that there needed to be a continuation of iwi engagement through the design and construction phases to ensure iwi identity is represented within the final designs which could involve iwi-appointed designers and artists working with project architects.

The cost of the façade was initially estimated at $679,000. The new façade price includes an additional $347,567 for the landed cost of the stone and $403,133 for the redesign, including the cost of the Tioata metal inserts. The increased costs will be able to be covered by the project contingency.

This article first appeared in the Whanganui Chronicle and NZ Herald online on September 1, 2022