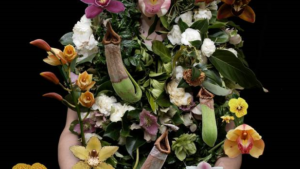 An exhibition that marks the centenary of the Sarjeant Gallery Te Whare Rehua Whanganui and its diverse collection connects past and present through conversations between new and old artworks.

Curator and public programmes manager Greg Donson knows the old Sarjeant building at Pukenamu Queen’s Park well and he has orchestrated a curatorial conversation that is a response to the old building which is in its 100th year.

“We wanted to mark 100 years of the Sarjeant at this point of imminent change. Also I wanted to give visitors a sense of the usually unseen spaces of the building, so Turn of a Century is not just about the lovely, creamy neoclassical building on the hill but is also about the gallery being a building with hidden elements like the boiler that has kept the building heated, storage cupboards, trapdoors and other the hidden spaces” Donson said.

Commissioned photographer Andrew Ross was a Tylee Cottage artist in residence in 2009. He captures the beautiful effects of the natural light in the gallery, the plaster detailing and a spiral staircase that also appealed to other artists.

“There were some unexpected conversations between the artists and the works they created. That often happens when bringing together a show like this, certain things capture different artist’s attention and they all have their own take.

“Andrew photographed the spiral staircase after it was removed for Regan Gentry to create his sculptural work Coalescing Curlicue, a huge twisting turning suspended sculpture. Neil Pardington photographed the staircase in situ in the office where he had his first ever job interview in the 1980’s when, following art school he applied the role as the Sarjeant Gallery photographer and designer.

“So there was suddenly a connective thread that went between the three artists” says Donson.

In Gentry’s work he also made use of redundant picture frames found in the gallery’s basement.

Donson says “All of the picture frames at some point had had works from the collection in them, they had spent time on the floor but over years had been removed or were too damaged for display.

“When I decided on the title Turn of a Century for the show there was this lovely connection between the title of the show, the point of change in the gallery’s life and Regan’s spiraling turning work”

The show also tells a story about how the collection was built across time. “It’s interesting to consider what Ellen and Henry Sarjeant might think about what we are doing. They would probably have been completely perplexed by many of the works included in the show”

There are many beautiful pairings throughout the exhibition including Colin McCahon’s Gate 16 and Roberta Thornley’s newly commissioned work The Hatch showing the access point of the Sarjeant’s roof as if it were a portal to a secret world.

A mid 17th century Dutch still life of flowers attributed to Jan Baptiste connects and contrasts with a contemporary photograph by Richard Orjis in which a male figure with muddy face and hair, is surrounded by an array of plant material. 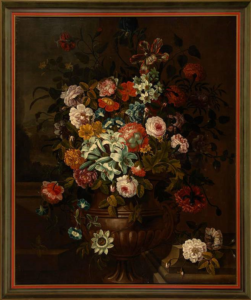 “Rosa Bonheur is a very important figure in the history of women’s art. She was well ahead of her time and it’s amazing to think that this work by such an important figure from art history made its way to the other side of the world. This is an example of how art works have such important stories attached to them and those only get bigger across time. This exhibition makes connections between historical and contemporary works”

Turn of the Century is on at Sarjeant on the Quay until February 9, 2020.