Marie Shannon exhibiting Sleeping Near the River at Sarjeant Gallery 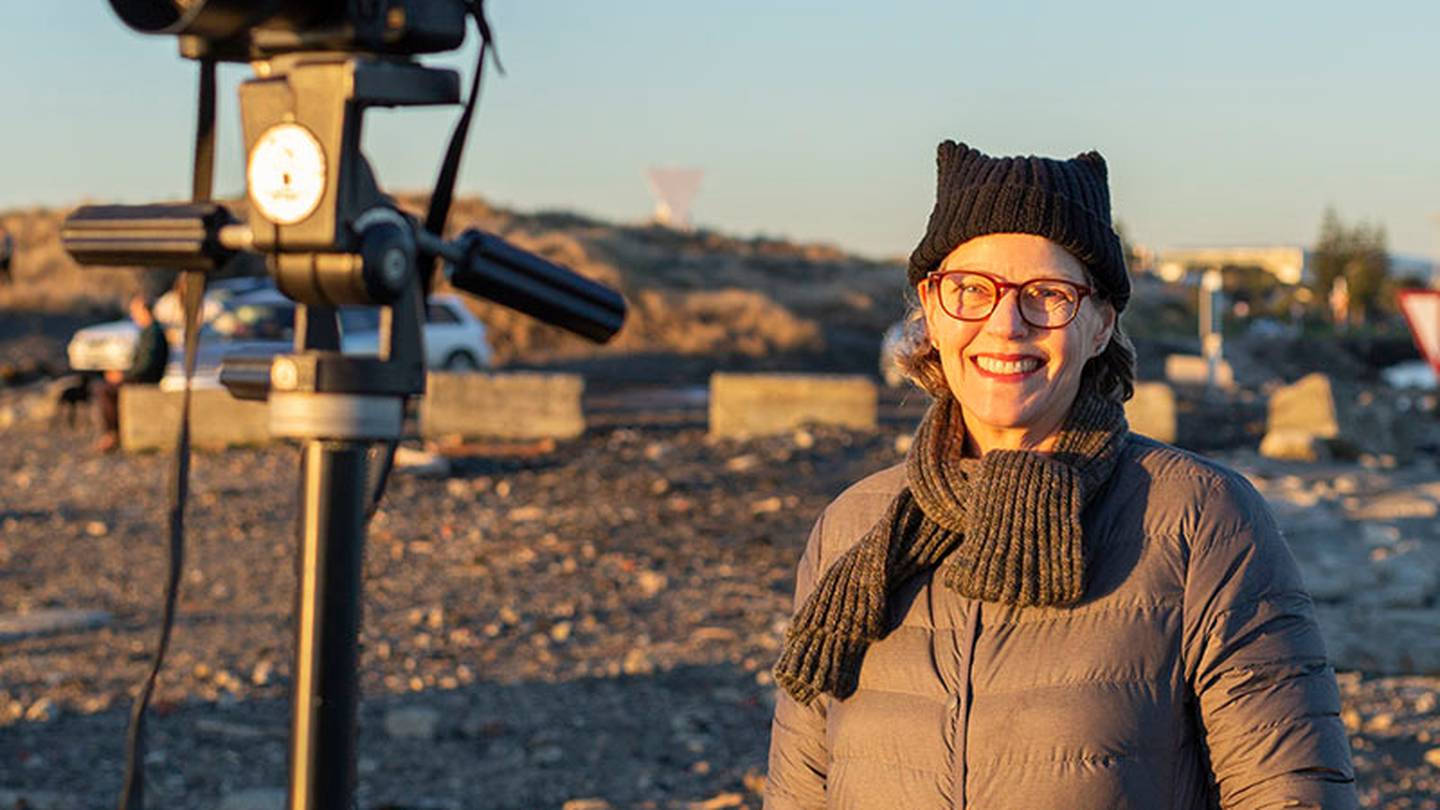 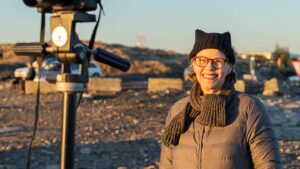 Marie Shannon on Castlecliff Beach during her Tylee Cottage residency

An exhibition by former Tylee Cottage artist-in-residence Marie Shannon will open in Whanganui this weekend.

Shannon was in town from September 2019 to January 2020, and two distinct bodies of work came out of her stay – photographs of the cottage’s architectural details, and a video work called Sleeping Near the River.

“I kept a dream diary, for no specific purpose other than to observe where I went when I was asleep, now that I was no longer at home.”

In her waking hours, Shannon spent a lot of time walking by the Whanganui River, watching the way it met the sea.

“I was particularly interested in what happens on an outgoing tide, in a strong westerly.

“Though the movement is most obviously inward, from the sea, it is still possible to see a narrow but strong thread of water running downriver, out to sea against the incoming swell.

“There’s some very complex water out there. What was nice was that obviously a lot of people are drawn there, and drawn there every day. I get the impression that it’s regular.”

Shannon, who works in the media of photography, drawing and video, filmed the outgoing tide and the incoming waves, and the moving images formed the background of the video work, playing continuously in slow motion.

“Text appears on the screen – a date, then a list of words, emerging one by one,” she said.

“This is followed by a single sentence of spoken text. The list of words is the themes of that night’s dream, and the spoken text is the first sentence of the narrative of the dream.

“Family, home and challenging tasks are frequent themes. Sharks, shoes and getting lost are occasional themes, as are swimming and water. I dreamed I was in the river only once, but it was very vivid.”

The photographic section of the exhibition consists of six images of the cottage’s interior.

To create them, Shannon made models of the details (attic bedroom, dormer window, lampshade, bookcase and ceiling beam) to scale.

“The original constructions were made when I was down there, but when I looked closely at the photographs, I needed to make a few technical tweaks,” Shannon said.

“I ended up remaking them at a slightly larger scale and rephotographing them up in Auckland.

“Originally, it was kind of an observational thing, making matted drawings and doing these faithful recreations without being too detailed.”

In terms of the cottage itself, Shannon said it was the first time she had lived in “a house with an upstairs”.

“There’s something about that, going upstairs to sleep, and I made a point to not take my computer up there with me. 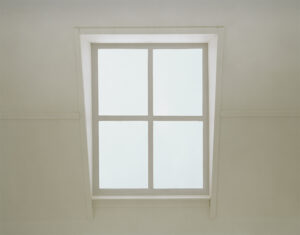 “You went to bed to go to sleep, and I let that be my guide. It was very nice.”

Sleeping Near the River opens at Sarjeant on the Quay on Saturday, September 11, and runs until November 14.