Smoko at the Sarjeant
16361
portfolio_page-template-default,single,single-portfolio_page,postid-16361,bridge-core-3.0.2,qodef-qi--no-touch,qi-addons-for-elementor-1.5.4,qode-page-transition-enabled,ajax_fade,page_not_loaded,,vertical_menu_enabled,side_area_uncovered_from_content,qode-child-theme-ver-1.0.0,qode-theme-ver-28.8,qode-theme-bridge,disabled_footer_top,qode_header_in_grid,wpb-js-composer js-comp-ver-6.9.0,vc_responsive,elementor-default,elementor-kit-27794

Smoko at the Sarjeant 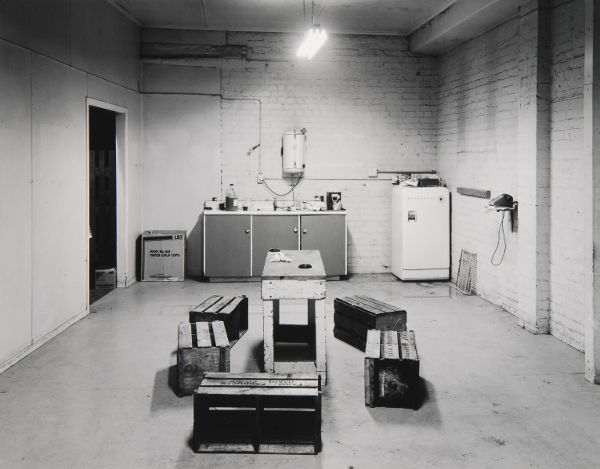 Smoko at the Sarjeant

It might not say “smoko room” on the door at your work – it may be the staff or tea room – but chances are that at around 10am your colleague probably asks you if you’re going for smoko. The term originated in the British Merchant Navy but is now part of the common tongue in New Zealand. A smoko can be an informal cigarette break taken during work – not that you’re going to be lighting up a ‘durrie’ in your actual smoko room these days – but it generally refers to any breaks and rests taken throughout the day.

It’s likely you’re reading this in a smoko room as you tuck into a sausage roll or drink a cup of tea. These rooms are where newspapers are consumed and accumulate; they become catalysts for discussions among workmates, and it’s these social spaces where friendships can be forged or sanctuary can be had on a tough day. So much of what happens in a smoko room is about the people you are in there with, so much so that it’s easy for the room itself to be overlooked and forgotten.

Thankfully the humble smoko room wasn’t overlooked by Whanganui-born photographer Richard Wotton. “I had been shooting building exteriors and it was probably around 1985 or 1986 when curiosity prompted me to begin photographing what was on the other side of the walls. I didn’t begin with any particular type of subject matter in mind, just interiors. However, after a relatively short time I realised that smoko rooms seemed to be cropping up more frequently than anything else and I began actively seeking them out.”

Smoko is synonymous with manufacturing and trade industries and it’s often where the more interesting smoko rooms hail from, like the one in this photograph. “I began prowling industrial areas of whatever town or city I happened to be in; garages, panel beaters and car painters resulted in quite a number of images, so I usually checked them out wherever I saw them” says Richard.

“The staff would mainly be male, which frequently resulted in a bunch of girlie pinups adorning the walls – and even, on occasion, the windows and ceilings. The other popular theme was – no surprise here – cars.” Richard would often be told by the business owner that they’d decided they’d better “clean up their act” and get rid of the girlie pinups. This series was made from 1985 to 1988 and totalled about 35-40 photographs. As the haze of cigarette smoke cleared from smoko rooms across New Zealand, most business owners went through with clearing up the walls as well.

In conjunction with the loss of historic buildings, photographs like these grow in importance as a record of lost and often overlooked spaces. Whanganui is blessed with a higher concentration of historic buildings than anywhere else in New Zealand, with the Sarjeant being a jewel in that crown. The Sarjeant holds in its collection many photographs of local buildings, businesses and their interiors by some of New Zealand’s most prominent photographers.

Richard’s work is held in a number of major collections around New Zealand and the Sarjeant collection holds seven of his smoko room photographs, along with many others. The gallery is also fortunate to have had Richard on staff as photographer since 1987.