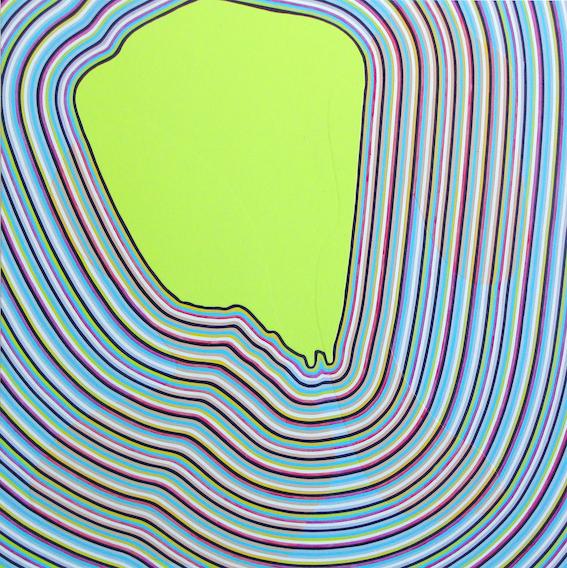 Christchurch-based painter Miranda Parkes was artist-in-residence at Tylee Cottage for four months in 2009. Initially her post residency exhibition was planned for late 2010 but any prospect of an exhibition was abruptly interrupted by the first devastating earthquake to hit Christchurch on 4 September, 2010. This led to her studio in an inner-city historic building being red stickered and subsequently demolished. Despite these set-backs Parkes has produced a dynamic body of work over the last three years that is both a continuum of her previous style and an organic evolution of it.

As if the unwelcome interruption of the Canterbury quakes wasn’t enough of a sting, Parkes’ post Tylee show was again put into a holding pen in 2012 when the Sarjeant Gallery was deemed an earthquake prone building and there was uncertainty as to whether we would remain open to the public. That decision has now been made and we are delighted that Miranda’s post residency exhibition Shebang can finally be shown in the Sarjeant before we close and relocate to a temporary site in 2014.
The silver lining in the delayed programming of the exhibition has meant that its scope has been broadened to include a wider range of work than if the exhibition had taken place in 2010. Over the last three years Parkes’ practice has evolved and this is the first time this body of work has been seen together. The exhibition and catalogue are not chronological; instead we’re interested in the whole ‘Shebang’. Parkes views this exhibition as a whole system of inter-related threads in her work coming together.
Since her graduation with a Master of Fine Arts (Distinction in Painting) from Canterbury University in 2005, Parkes has become widely known for her brightly coloured abstract paintings that literally slump, sag and scrunch off their frames. The grid and stripe have been a constant presence in her work, these formalist devices have been deliberately subverted by making the canvases three dimensional.