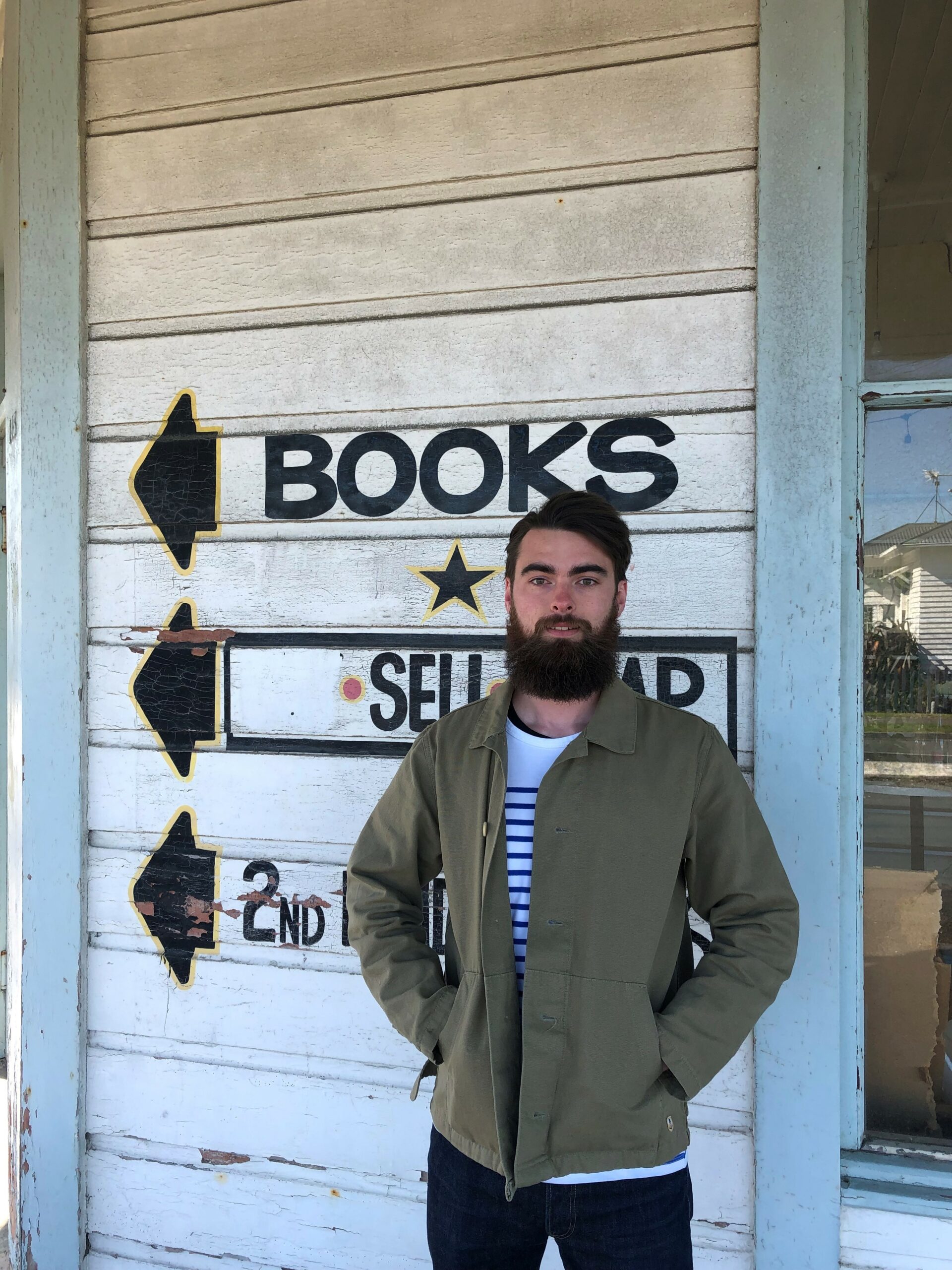 Each month a member of our community is invited to browse our online collection and select six of their favourite artworks. Each My Choice selection, together with personal responses to the works, will be available to view on the Sarjeant Gallery website for one month at a time. The September 2021 My Choice has been selected by Scott Flutey (Ngāi Tahu, Ngāti Māmoe) and is available to view until 31 September 2021.

Born in Whanganui, Scott is a historian with an interest in social and architectural history, and in heritage crafts and skills. He currently works as a Heritage Advisor for Whanganui District Council. 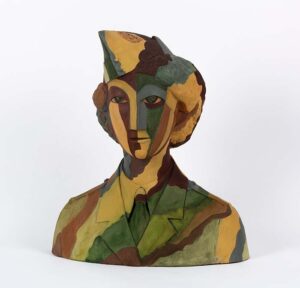 “For me, this piece brings to mind the unconventional and brave steps that women made into the working world during the Second World War – and the way that wearing a uniform temporarily removed their individuality. Wartime Wendy could be my Aunty Eva who was a Women’s Army Auxiliary, and who much later in her life taught me how to make daisy chains. A friend of mine was painted as Wartime Wendy by Julia Holden in 2019 so I have seen two versions of this work.”

Marian Maguire What is History

“I think this work is extremely relevant at the moment. At a time of national debate about our history curriculum, and a collective re-examining of sensitive events and processes which have not been commonly discussed or even acknowledged until recently, Marian Maguire reminds us that historiography has always been contestable.”

“The Duncan family garden on Blyth Street was an important contributor to Durie Hill’s Garden Suburb character. The Duncan garden is long gone, and I’m thankful that in this work Violet captured a landscape which has now almost left living memory. The only aspect of this space that has survived in situ is a remnant of the fence seen in the centre of the work. I also like the glimpses of the industrial buildings in the distance, across the awa.”

“Despite the fact that Victoria Avenue retains many of its early twentieth-century commercial buildings, this image reminds me of how quickly entire streetscapes can be rebuilt. All of buildings captured in the image were demolished in the space of twenty years. Near the end of its life, the three-storeyed George and Kersley department store was the Warehouse. Shopping there remained a grand experience until the end, and its demolition was a catalyst for contemporary heritage advocacy in Whanganui.”

“Vivian Smith was trained at the Royal College of Art in London, and then obtained a teaching role at Wellington Technical College. From 1932 until his death in 1946, he was Art Master of the Technical College in Whanganui. The unnamed subject in this portrait is wearing a Girls’ College uniform, which drew my attention when I first saw the work about ten years ago. My Nana and her sisters attended the school in the 1930s and 40s, and I like to imagine they would have known each other.”

“Having worked on the conservation of glass plate negatives, I know how fragile they are – and how much detail they contain compared to digital files. A ghostly figure can be glimpsed in the doorway of Denton’s studio, a building which still stands in Lower Victoria Avenue, tucked behind the mainstreet shops.”