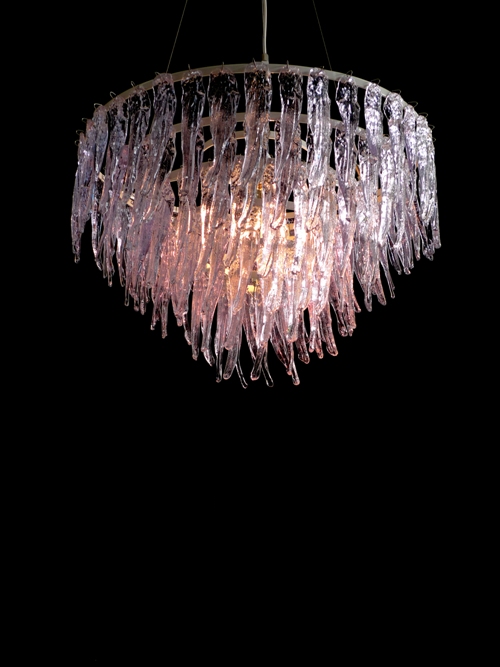 Looking Glass: reflecting ideas is the Sarjeant Gallery’s first foray into a large scale exhibition featuring the work of New Zealand glass artists. In 2002 the Sarjeant hosted The Cast, this was followed in 2004 by Southern Exposure. Both of these exhibitions featured a range of practitioners and were enormously popular with gallery visitors. Initiated by people within the glass fraternity, both looked at what was happening there and then.

When considering the inclusion of a glass exhibition within our programme, the gallery wanted to do more than simply offer a survey of what was happening in New Zealand glass in 2009. We wanted to drill down deeper and not just look at what was ‘new’, but also how each of the artists had reached that point.The 21 New Zealand glass artists included in the exhibition were selected from many submissions responding to a brief which invited proposals for a group of three works that would show the scope and development of an idea. We asked artists to ‘reflect on’ the ways in which their idea had evolved, and show its relationship to their interest in glass and the process of making their work. In some cases that development has taken place over a considerable time; in others, one of the objects might not be a work, but something that had provided the source of their idea.The intent of Looking Glass is to offer some insights that might lengthen our ‘look’, reveal some of those insightful and often moving stories and enable us to reflect on them further.The exhibition and accompanying publication wouldn’t have been possible without the generous support of Creative NZ and sponsorship from Doyle & Associates.