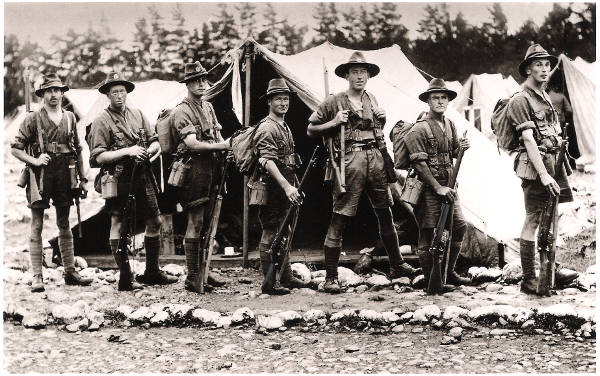 Double-dealing down in Dunedin

The Sarjeant Gallery’s foundation stone names Edmund Anscombe as the architect, but the real architect was a young man called Donald Hosie. How did the credit for this beautiful building end up assigned to the wrong man?

In 1912 Henry Sarjeant had left an enormous sum of money to the Borough of Wanganui – the equivalent of many millions of dollars today – to build an art gallery ‘for the inspiration of ourselves and those who come after us’. The council decided to hold an architectural competition to find a suitable design. The competition was advertised across New Zealand and in Australia in October 1915, with a closing date of 11 January 1916. Samuel Hurst Seager, a Christchurch architect with expertise in matters of Gallery design, was appointed to assess the entries.

Thirty-three designs were submitted, and in May 1916 four were short-listed for the final stage. At this point they were anonymous – the names of the competitors known only to the Town Clerk, George Murch. The clear winner was number 16, revealed to be from the office of Edmund Anscombe in Dunedin.  But there were rumours that the work was not Anscombe’s at all, but rather of an articled pupil in his office: Donald Hosie.

“As you know I was much surprised to hear that it was Mr Anscombe’s design and I have learned since that it is generally known that Mr Anscombe had two designs in which were not placed and that a pupil of his prepared the design which has won the prize…and I understand that his name is Mr Hosie…it is only fair to Mr Hosie that the credit should be given where it is due…but it will of course depend on Mr Anscombe’s answer. If he claims that it is his, we must make impartial enquiries to find out the exact facts of the case.”

The competition rules were explicit – the author of the winning design was to be appointed as architect for the construction of the Gallery. Hurst Seager wanted to be sure before announcing the result.

On 18 October, Anscombe signed a declaration that “the design of the plans for the proposed Wanganui Art Gallery was my own personal work and the drawings were prepared under my own personal supervision and according to my instructions.” On 24 October, Hurst Seager travelled down to Dunedin to conduct an enquiry with the assistance of four Dunedin architects who had not taken part in the competition. On his way to the meeting, he took a look at the Harvester Co.’s building (still there today, opposite the railway station) which was designed by Hosie and noted “Detail very similar to Art Gallery. A fine work”.

That afternoon, Hurst Seager met Hosie at his hotel. Hosie had brought around a hundred of his drawings for the gallery, and it was clear that Anscombe had had no part in the design. Yet Hosie was reluctant to say anything against his employer. He said “he did not like to feel that Anscombe should have a chance of saying that he, Hosie, had not played the game while a pupil.” Hurst Seager noted “his hesitation was the result of loyalty to Anscombe.”  At the hearing later that afternoon, with both Anscombe and Hosie present, Anscombe produced “a few of the worst sketches” and claimed that “that was all that could be found – that his charwoman had burnt the rest”. Hurst Seager recorded that “To shield Anscombe Hosie told an untruth in stating that he had hunted and could find no more. My promise to him prevented me from exposing the mean trick Anscombe was playing.” 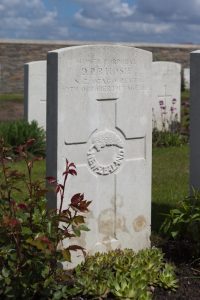 On 7 November 1916, Hurst Seager signed a declaration that the author of the winning design was Donald Peter Brown Hosie and recommending he be appointed architect. But it wasn’t over yet.  During November and December Wanganui Council sought legal advice as to whether the design belonged to Anscombe as Hosie’s employer, and was informed that it was indeed the case, so the plans could not be used without Anscombe’s permission. Hurst Seager sought another legal opinion that directly contradicted this, but to no avail. Council decided to appoint Anscombe, seemingly on the grounds that the copyright in the design belonged to him, not Council.

By this time Hosie had joined the army and was scheduled to be sent overseas. The best Mayor Mackay could do was arrange for him to have leave to complete the detailed drawings of the Sarjeant Gallery. Shortly afterwards he went overseas with the 23rd Reinforcements.

Hosie was described by Hurst Seager as “undoubtedly an architectural genius.” In explaining his reluctance to expose Anscombe’s deception, Hosie said “he was a young man and would have his chance again.”

On 12 October 1917, just three weeks after the foundation stone of the Sarjeant Gallery was laid, the twenty-two year old Donald Hosie was killed in action at Passchendaele.