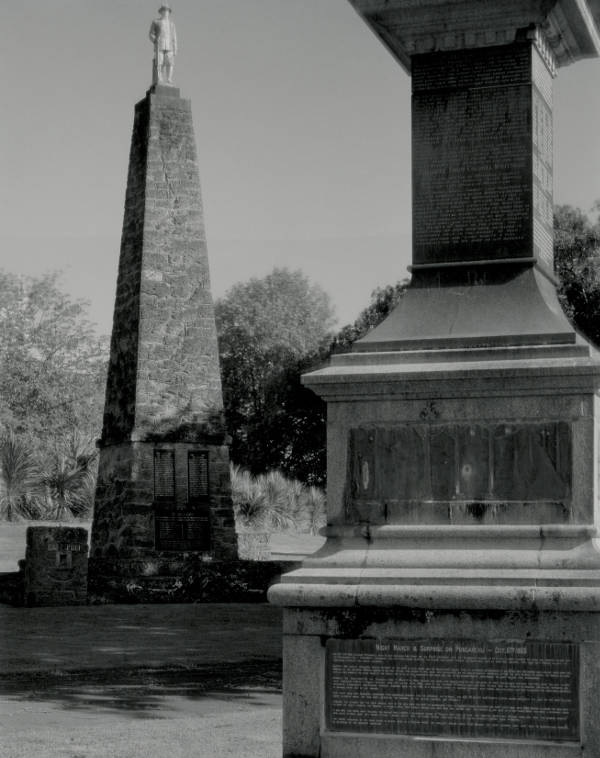 For more than three decades, Laurence Aberhart has been photographing World War One memorials that include a single figure in New Zealand and Australia. Like all of his work, these photographs have been shot with an old-fashioned view camera using long exposures and available light.  ANZAC – a major exhibition of more than sixty prints – is the stunning result of this work and we are delighted to have it here in Whanganui, where Aberhart was the inaugural Tylee Cottage artist-in-residence in 1986.

This exhibition provides a unique insight into the memorialisation of war, which resonates for audiences both in this country and elsewhere. The ANZAC relationship is a significant story in the development of closer emotional, political and cultural ties between our two commonwealth countries. It also particularly marks the bonds that were formed in the WWI battles, a significant turning point in these nations’ histories as they became increasingly aware of their differences from their ‘homeland’ (Great Britain) compatriots.

Laurence Aberhart is regarded as one of New Zealand’s most important photographers. His work has been exhibited widely in solo exhibitions throughout New Zealand and internationally and is found in all major New Zealand public collections, including the Sarjeant Gallery. For close to forty years, he has produced a body of work unrivalled in its intensity, richness and layers of cultural and photographic history.

ANZAC is a Dunedin Public Art Gallery touring exhibition curated by Aaron Kreisler in close liaison with the artist. It has received significant support from the WW100 Centenary fund, Creative New Zealand and the Dunedin City Council.