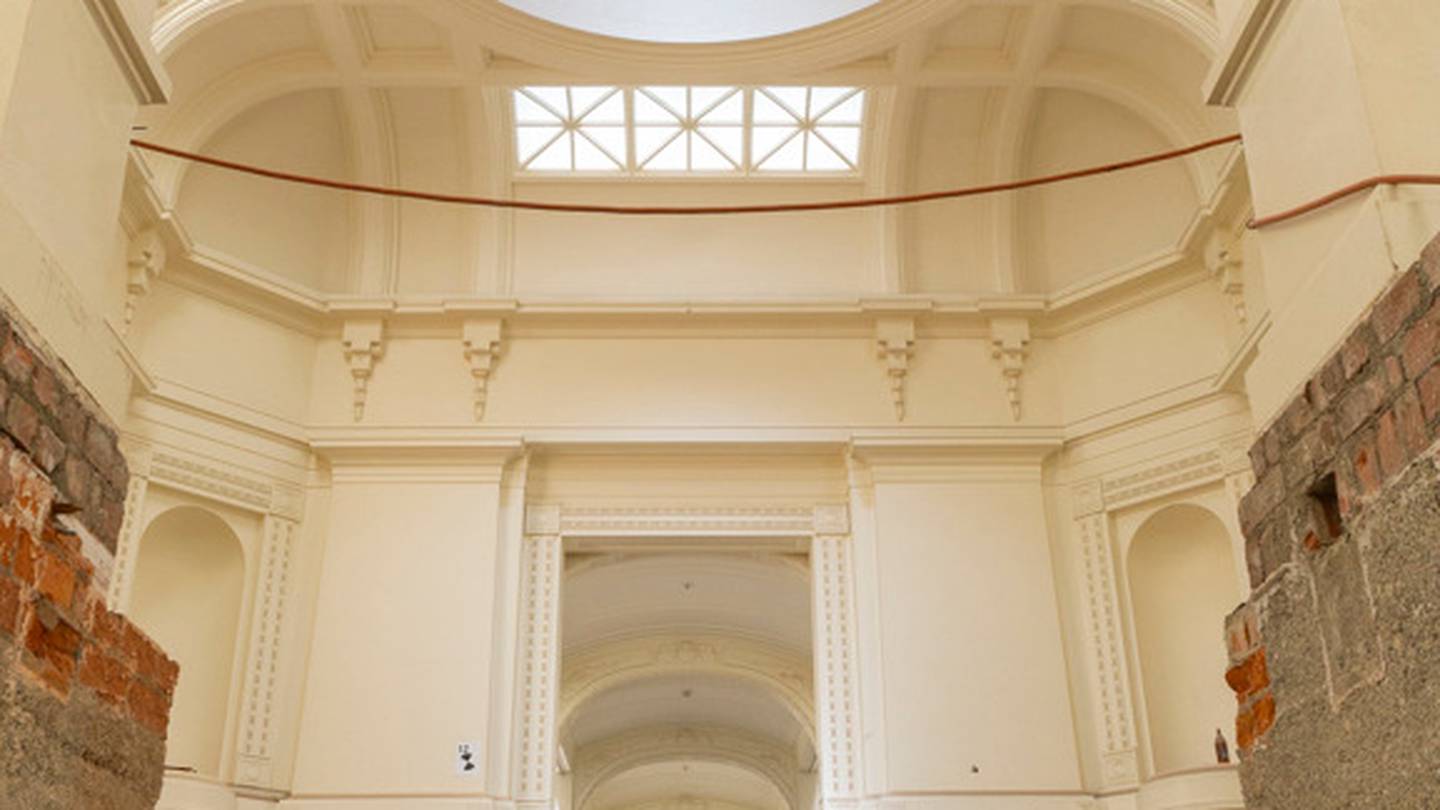 Laurel Stowell is a reporter for the Whanganui Chroniclelaurel.stowell@whanganuichronicle.co.nzWhangaChron

Archaeologists have found a hem cut off a dress – with a pen still in it – during excavations for the new wing of the Sarjeant Gallery in Whanganui.

Whanganui archaeologists Michael Taylor and Annetta Sutton, of Archeology North, were are joined by out-of-town archaeologists and volunteers for much of November as work progressed toward building the extension, Te Pataka o Sir Archie John Te Atawhai Taiaroa.

One of the volunteers, gallery relationships officer Jaki Arthur, was thrilled to find an Irish regimental military button dating back to the mid 1800s. She said the areas to be investigated were mapped on a grid, with each digger given a square to work on.

A deep hole had to be dug for the new wing, and in November diggers found the bases of two brick fireplaces, one 2m down and under the former oak trees behind the Sarjeant, with another 5m down and closer to the band room. They are in an area where married soldiers and their families lived, north of the Rutland Stockade that was built in 1846-7.

Photographs show several houses or huts there, and sergeants and other noncommissioned officers and their families lived in the area for 20 years in the 1850s-60s.

From photographs, their houses appear to be cob, with clay walls and thatched roofs. The bricks for their fireplaces may have been made on site. Many remnants of soldier life were discovered around them, Arthur said.

There were dressmaking pins and thimbles, beads, military buttons, fragments of ornaments and crockery, broken bottles, pipes for smoking, animal bones, Enfield bullets, coal from the fires and nailheads left over after packing cases were also burned.

Remains of a house, including bricks, hinges and bolts, were found.

The entire gallery redevelopment area is classed as an archaeological site because it is likely to contain remnants of pre-1900 human activity. Archaeologists were on site during all the excavations, with Tupoho representatives on hand as cultural monitors.

When material was found, earthworks either stopped or moved to another area, Arthur said. The materials found will be stored for analysis by Archeology North.

They will be documented in a report and be stored and displayed in the reopened Sarjeant Gallery.

They provide information about the soldiers and their families-where they lived, what they ate, what they wore and how they spent their time.

A cannonball was found earlier in the excavation, in July, with other colonial remains and two Maori cultural items that were mingled with them.

Archaeologists will be back on site when more excavation is needed, for the entrance to the gallery basement.

This article first appeared on the Whanganui Chronicle and in the NZ Herald online. See here.