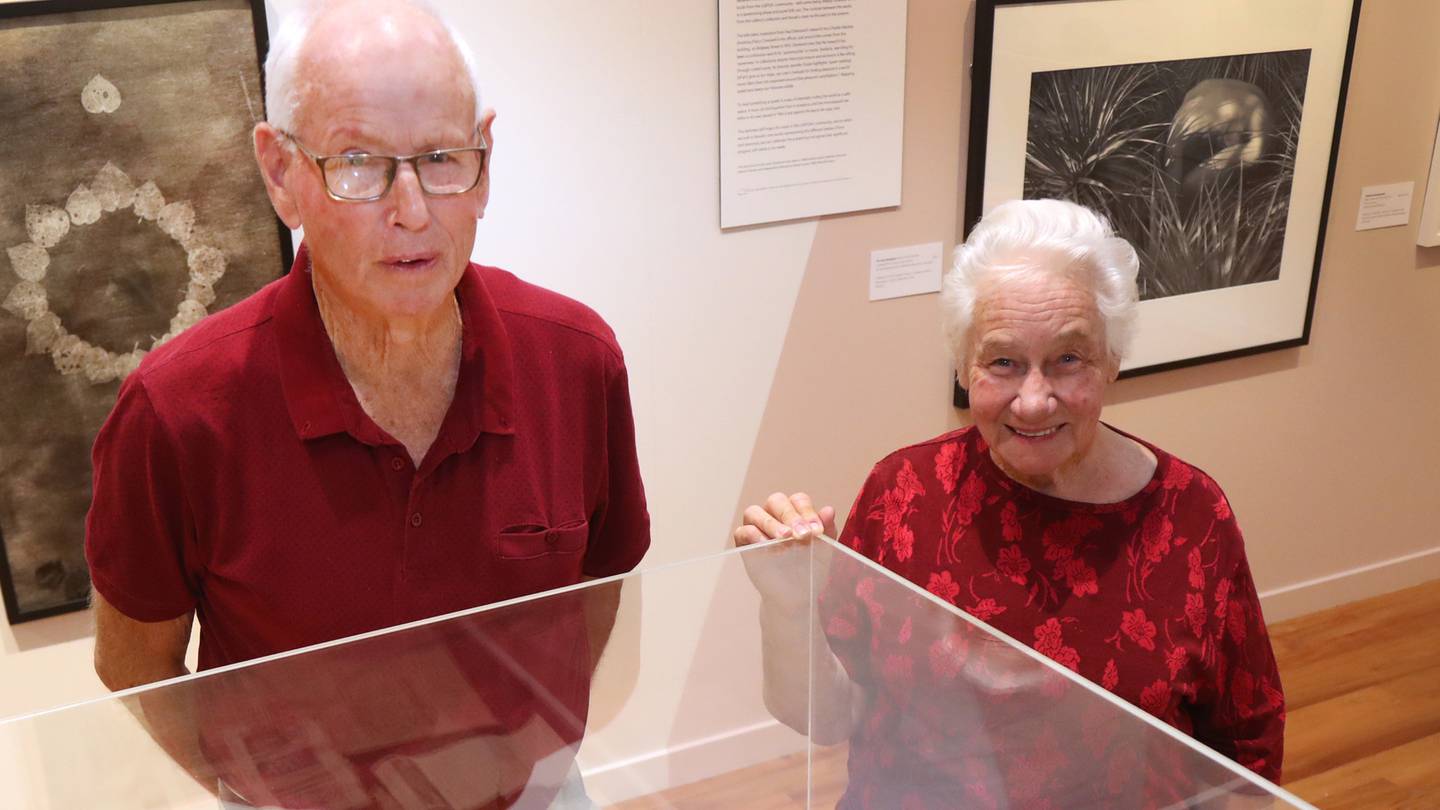 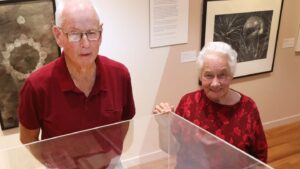 John Carson, great-grandson of John Brodie, with wife Janice is proud to be tied to such a historic story. Photo Bevan Conley

Descendants of the man who stowed away a time capsule in the historic Sarjeant Gallery more than a century ago say they are fascinated by its recent discovery.

Clerk of works for the original construction project John Cornfoot Brodie stowed away a glass time capsule filled with a variety of contents in one of the walls in 1918.

The capsule was discovered on April 8 by construction worker Richard Awa, who was drilling long vertical holes for steel rods in the exterior of the original gallery as part of the earthquake strengthening for the building.

While the capsule itself was broken during the drilling process, the contents inside remained in pristine condition.

The capsule contents included personalised letters, photographs of his family, editions of the Wanganui Herald and Whanganui Chronicle and a booklet about the competiton run to choose the design for the Sarjeant.

Julie Watt, great-great-grandaughter to Brodie, was blown away by the discovery.

“I was a bit shocked to be honest.”

Watt’s fascination with her family ancestry began in her late 20s when she began logging her family tree and photos with her late grandmother. 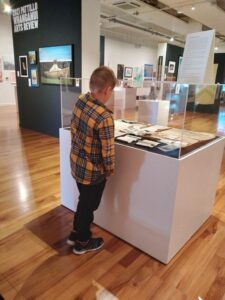 Joshua Wolff looking at the contents of the time capsule left by his great-great-great-grandfather John Brodie. Photo Supplied

She has continued doing so over the years as a tribute to her.

“I was handed down lots of items from my grandparents and their parents’ items. I had them stored away for a few years, not knowing what to do with them.

“It just felt like this was what I was meant to do.”

Watt has one of the exact same photos found in the time capsule, one of Brodie with his sons Archibald and Henry.

“I was so excited, so was my son Joshua as I showed him the photo I had. We let others in our family now and everyone was so excited.”

Watt and her family visited Whanganui this past Sunday from Porirua to look at the contents.

“It was mind-blowing. The gallery is really gorgeous as well. There is five million people here in New Zealand and it was our great-great-grandfather who left the time capsule. It is very overwhelming and exciting.

“It was like them calling out to us and reconnecting.” 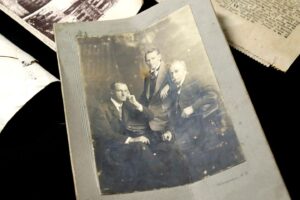 John Carson, great-grandson of Brodie, learnt about the story on the news like Watt.

“I was quite amazed. Before they started speaking, I saw his name on the screen and I was blown away to see it was my great grandfather.”

Among the contents, and perhaps the most significant, is a handwritten letter by Brodie, in which he ponders when the capsule will be discovered, his sons who were fighting in World War I and talks about the controversy surrounding the rightful designer of the original Sarjeant Gallery.

Carson said the letter was what amazed him the most.

“He must have really been pondering what he wanted to do. He obviously didn’t want to cause a big stink because he knew he would be working with the architect. The building wasn’t finished until more than a year after the capsule was planted.

Carson said he has been telling “everyone” about the discovery and is very proud to be tied to such a historic story.

“I feel really chuffed about it. It has caused quite a lot of discussion.”

Martin Oldfield, son of prominent Whanganui artist Joan Grehan, said it was amazing that his great-grandfather had left the capsule.

“The contents of the time capsule are very touching, especially in the context of the 14-18 Great War.”

Watt said the discovery led to her learning more about Brodie and other family relations she didn’t know about.

“We are super proud of our great-great-grandfather. It must have been a challenge for him to hide it in the wall of the gallery.

“It is a mystery as to whether he left any more time capsules. I guess time will tell.”

Relationships officer at the Sarjeant, Jaki Arthur, said after the discovery of Brodie’s time capsule, the museum has decided to leave their own time capsule for the next generation to eventually discover.

During the 100th anniversary celebrations for the Sarjeant in September 2019, letters and notes were sent in by the public.

These combined with a variety of Whanganui Chronicle articles about the Sarjeant and other pieces will be stowed away some time during the reconstruction of the building.

Inspired by Brodie’s action, Arthur said it seemed like the right thing to do.

“We are looking forward to implementing our own gesture into the fabric of the building.”

This article first appeared in The Whanganui Chronicle on Saturday 8 May 2021. See here